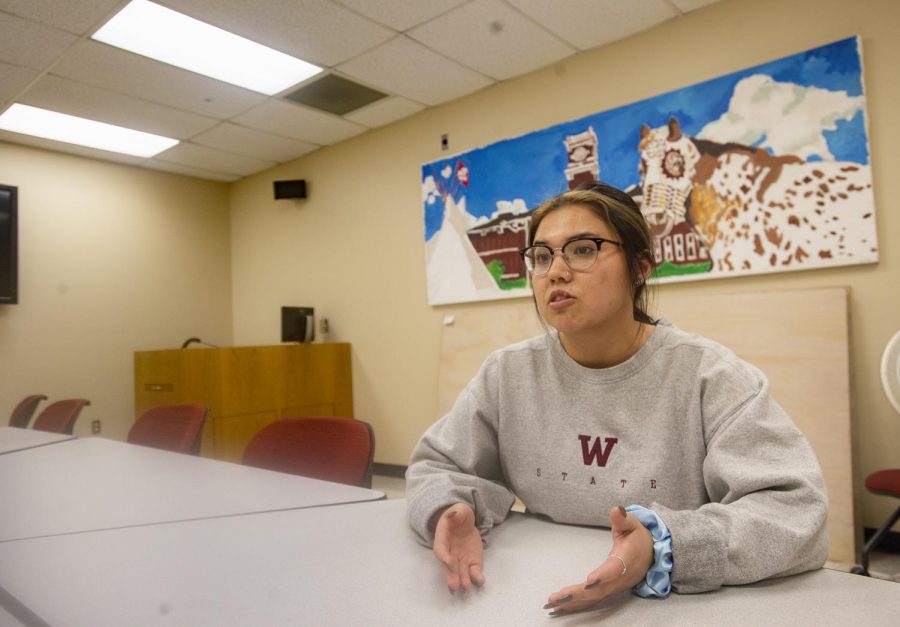 Zoe Higheagle Strong, executive director for Tribal Relations, said the event is important because it brings people together and encourages students to finish the semester strong.

“It makes me want to advocate for even more resources and do what I can for WSU to be a better environment that really celebrates the excellence of our students,” she said.

Kaitlin Srader, junior sociology and women’s studies double major, said the community Thanksgiving dinner was a lighthearted event. It provided an opportunity for students from marginalized communities to take some time away from their worries and reflect on all the blessings they have.

“You’re so focused on succeeding and being afraid of failure that if you don’t get these XYZ things done, it just burdens yourself even more,” she said. “When you’re able to separate yourself from that, I think that really helps on how you feel about yourself and success.”

For Srader, Thanksgiving does not represent the traditional view of Native American Indians and Pilgrims coming together. She said she is reminded of the experiences her ancestors have faced, including current issues like the plight of murdered indigenous women.

“I think Thanksgiving to me as an indigenous woman is a celebration for the resilience that our ancestors and our tribal people have overcome,” Srader said. “It’s just to show all of the progress we’ve done, especially existing in an institution that was not intended for our existence.”

There are negative connotations associated with Native Americans during Thanksgiving, Berg said. However, community dinners help spread awareness about the negative stereotypes people may have about Native Americans.

She said Native Americans experience many barriers and adversities regularly throughout the year, but they continue to persevere and overcome life’s challenges.

“I think our history and where we’re at today represents that strong resiliency,” Higheagle Strong said. “Sometimes people don’t appreciate when they see a student in class, how much they’ve persevered to be there.”

Higheagle Strong said it is crucial for people to learn about the history of indigenous communities by building relationships with indigneous people. People can do this by asking questions and taking the time to listen to what indigenous people have experienced.

“I encourage folks to take time to learn,” she said. “These months are meant to be reflective, too, and it’s an opportunity to learn in an intellectual university.”