Cougars lose out to Sun Devils in Arizona 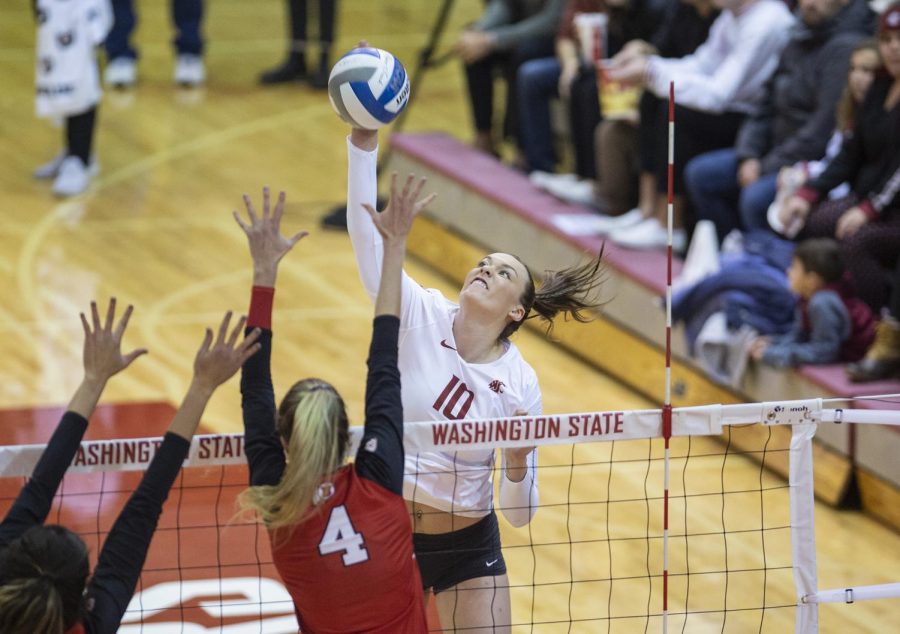 Freshman outside Hitter Alexcis Lusby hits the ball during the match-up against Utah Friday evening in Bohler.

Redshirt freshman setter Hannah Pukis had some great plays against ASU. She made six kills and made a new best career and season hitting percentage of .500

Junior outside hitter Pia Timmer also had a good game. She surpassed her season-high of 14 digs and scored 16 digs.

The Sun Devils led the second set and were victorious. They won over the Cougars 25-20. Freshman outside hitter Pia Timmer scored four kills this set for her team.

WSU made a great comeback in the third set. They led throughout the set and won 25-19 thanks to a service error by ASU. Hannah Pukis scored four kills for her team.

The Cougars fell to the Sun Devils in the fourth set. The Sun Devils 25-21 after ASU outside hitter Ivana Jeremic made the final kill.

ASU led the hitting percentage with .199 and WSU finished closely behind at .181.

The Cougars head to Tucson, Arizona to play the University of Arizona Wildcats 11 a.m. Sunday.