Minniss scored her first goal of the season on Friday 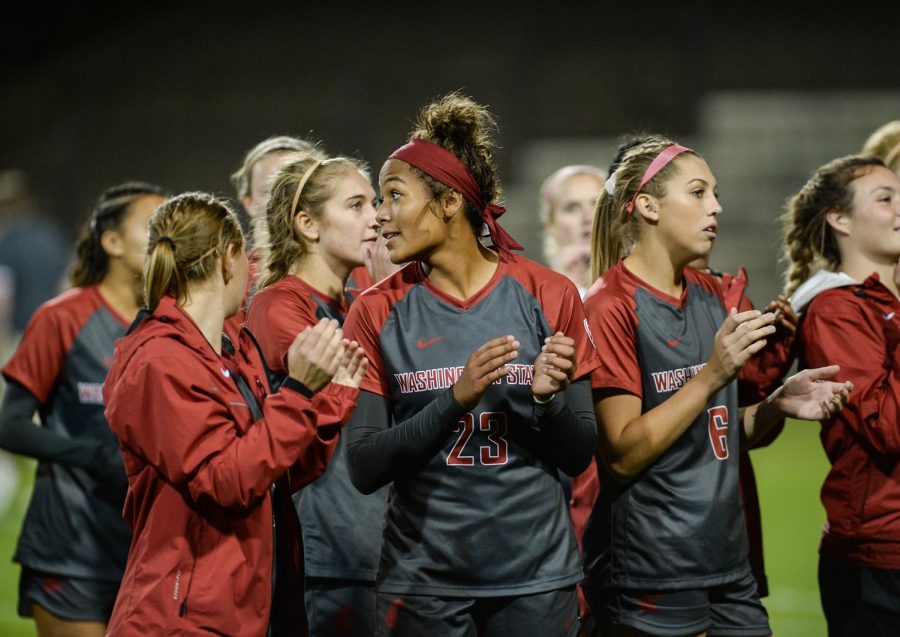 WSU soccer advanced to the College Cup for the first time in history Friday when it upset No. 5 South Carolina in overtime.

The match was scoreless through the first 95 minutes, as South Carolina had not given up a goal during any of their last seven games.

For this performance, Minniss earned this week’s Evergreen Athlete of the Week, as the Cougars prepare to take on No. 2 North Carolina in the first round of the College Cup Friday.

After the game against South Carolina, head coach Todd Shulenberger said the team believed they had something special in store for this season.

“These young ladies that we brought here,” Shulenberger said, “we’re a unique style, we’re a different style, we’re a fun style and we’re hard to play against.”

Shulenberger said that playing against the tough teams in the Pac-12 helped prepare the Cougars for the teams that they have faced thus far in the NCAA Tournament.

“Our girls came in here, [we] knew we had a battle and we fought all the way to the end,” Shulenberger said. “Cougs going to the Final Four, how about that?”

After the game, Minniss said that she could not believe that she scored the game-winning goal to send the Cougars to the College Cup.

“I didn’t expect to score, being a defender,” Minniss said. “It was just crazy. Having all my teammates dogpile on me is just an insane feeling, it’s unreal.”

Minniss is one of 12 total Cougars to have scored a goal this season, with this goal being only her second in her career at WSU.

The Cougars will take on No. 2 North Carolina at 4 p.m. in San Jose, California, at Avaya Stadium on Friday in the first round of the College Cup.