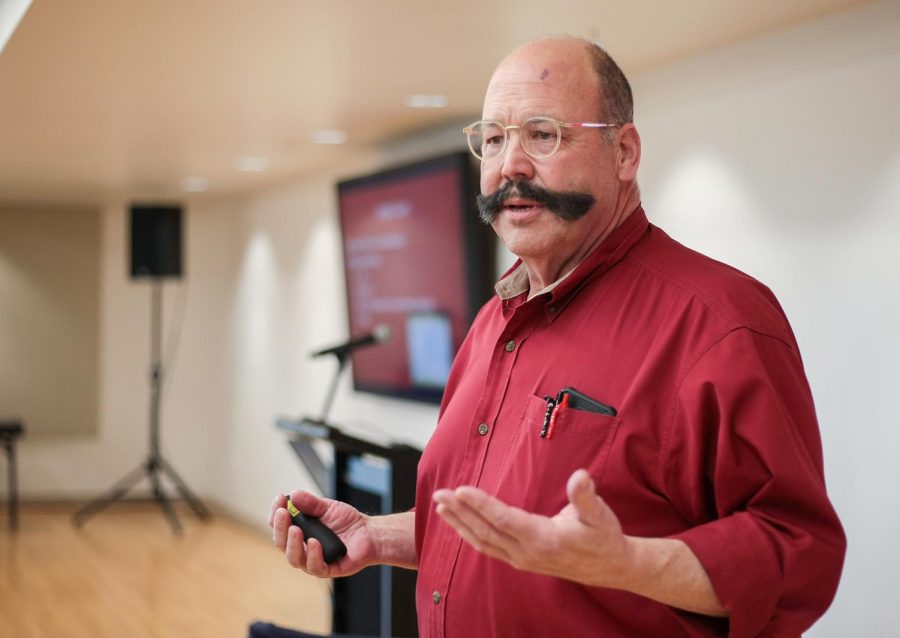 Salix, a five-month-old calf, was brought to the university last week to be studied by the College of Veterinary Medicine as a part of its Elk Hoof Disease Research Program.

Charlie Powell, public information officer for the College of Veterinary Medicine, said the college created the program because the state legislature appointed $1.5 million every other year to the college.

“People in Washington, particularly sportsmen, were tired of seeing increasing numbers of elk developing hoof disease,” Powell said. “They wanted some definitive answers for how this happens and if anything can be done about it.”

Elk hoof disease is a bacterial-associated syndrome that causes deformed, overgrown, broken or sloughed hooves and causes limping among both males and females, according to the Oregon Department of Fish and Wildlife. Elk have been spotted with this disease in Washington, Oregon and Idaho, and the cause of the disease remains unknown.

Salix has been kept in isolation for a health examination, according to a WSU Insider press release. Powell said the college hopes to acquire more elk by the time the college’s four-acre elk research facility is completed this summer.

He said the college will not announce the arrival of more elk but did so for Salix because he was the first. The college has to rely on licensed rehabilitators to bring more elk to be researched, he said.

Salix was bottle-fed and raised by a rehabilitation specialist after being orphaned near Mount Rainer, according to the Insider release.

“He loves people, so as a result, this research project was ideal for him,” Powell said.