Evergreen profile: ‘I want to talk about real stories’ 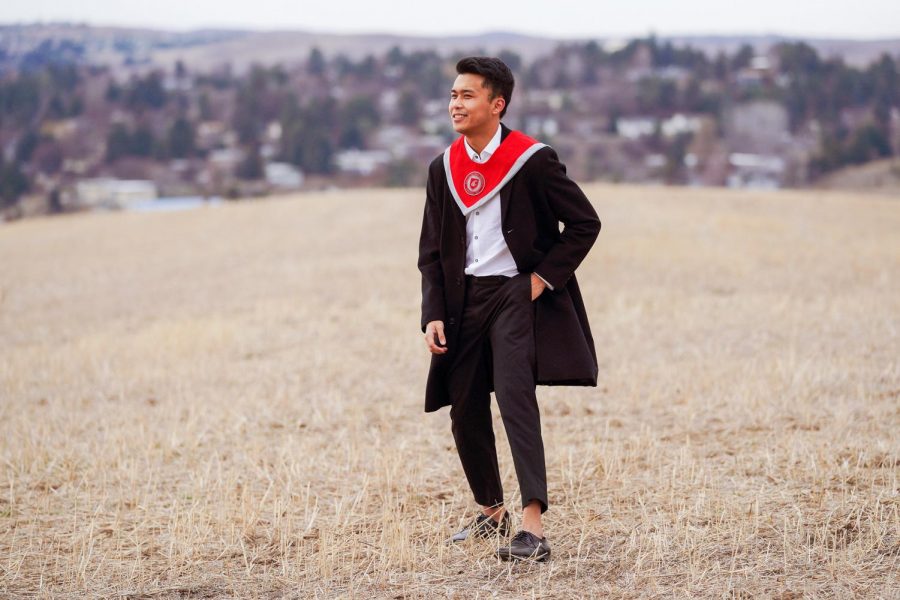 Hsing-Han Chen, a Daily Evergreen photographer, says several languages were spoken in his household. He struggled to fit in despite his background, he said.

Growing up in a multicultural family helped spark Hsing-Han Chen’s interest in journalism and photography, hoping to use them as tools to make an impact in the world around him.

Chen was born in Puli, Taiwan. His mom is both Peruvian and Japanese, and his dad is aboriginal Taiwanese. When he was about 2 years old, his family moved to China where he was raised in Xiamen City. He attended a private school there and graduated high school with an International Baccalaureate diploma.

Chen said he grew up in a home where at least four languages were spoken, including Spanish and Chinese. Even with his diverse background, he struggled fitting in. This helped spark his interest in listening to people’s stories and learning about other cultures.

“For me, growing up it was really weird,” Chen said. “I don’t really have a specific culture that I can hold myself to. Even though I’m from Taiwan, people wouldn’t say I was Taiwanese.”

His family’s multicultural background also drew him to journalism and photography. Chen said he grew up listening to his parents speak about different cultures, which is something he has always been curious about.

“I want to talk about real stories… and be able to tell stories of people around the world,” he said.

Chen said his dad has played a significant role in his education and career interest. Chen was encouraged to volunteer with his dad for the Buddhist charity foundation Tzu Chi. They took photos and worked with impoverished communities.

His dad also pushed him to always do his best. Chen said he would show his projects to his dad and receive a lot of feedback. His dad would also remind him of the story between the rabbit and the turtle.

“He said, ‘A lot of Americans are already like rabbits, and you’re like the turtle. You just have to keep going and push yourself harder than what other people are doing to make it,’” Chen said.

In 2015, Chen moved to the US for college. The transition was difficult for him. The friendly, small-town vibe of Pullman contrasted with the busy, crowded environment in which he was raised. Over time, he learned to acclimate to the culture here, be independent and have more confidence in himself.

“If you actually work hard and actually put in the time for it, then you can do whatever you can,” Chen said. “I just want to be able to tell my family and also my friends that I’m able to do something.”

Throughout his time at WSU, Chen has been involved in various projects. He worked with Cable 8 Productions and coordinated their Coug Stories segment that shares students’ experiences on campus. He worked as a photographer for The Daily Evergreen and for Crimson Robotics.

Chen is also a video editor and photographer for Northwest Public Broadcasting’s xConnect Northwest, a mini-documentary series that highlights important issues and events in the region. Recently, he filmed and produced an episode for NWPB concerning recycling issues in Pullman.

Chen aspires to work as a photographer and filmmaker. He is excited to move to a big city and meet diverse groups of people, sharing their stories through his love for storytelling.

“I don’t care about being famous,” Chen said. “I just want to be able to do something that can impact other people’s lives. That’s why I like telling stories.”