Reimagine Indians into Medicine: 15 students to be given upper hand for med school 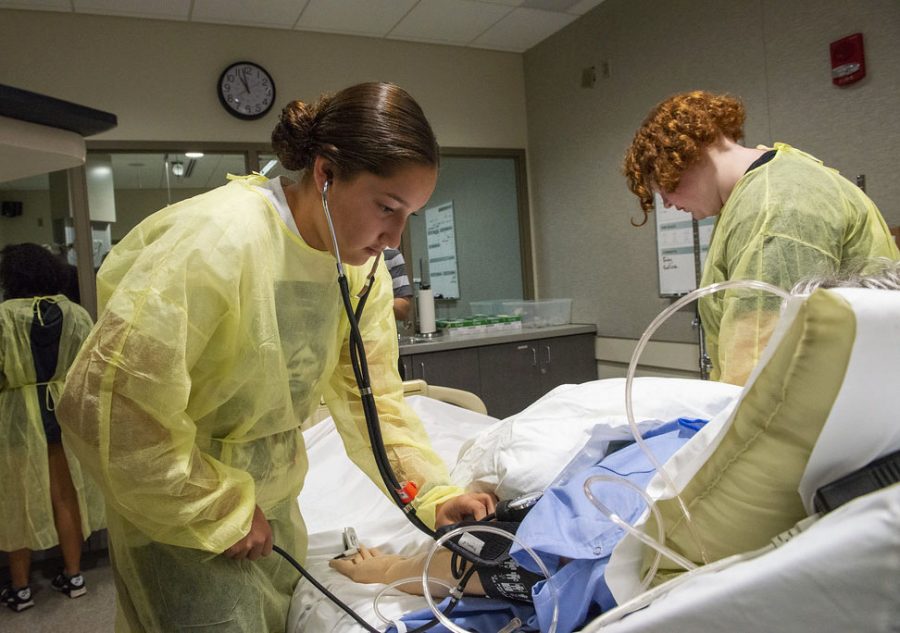 WSU's Na-ha-shnee Summer Institute is a free program for ninth to eleventh graders who are Native Americans and Alaskan Native. The program includes CPR training and basic nursing skills.

A recent collaborative effort in the Pacific Northwest will address health disparities and the lack of health care workers among Native American communities.

The project is called Reimagine Indians into Medicine (RISE). It is a joint project between WSU’s Elson S. Floyd College of Medicine, the University of California Davis School of Medicine, the

Naomi Bender, director of Native American Health Sciences and a member of the Quechua tribe, said the project is funded by the Indian Health Service’s Indians Into Medicine Program, a five-year grant that totals approximately $1 million. This year was the first time IHS awarded a joint project, she said.

“What [the grant] does is it helps increase the number of Native students who not only applied to medical school but who matriculated and succeed and go on and serve in the workforce,” Bender said.

The three institutions are giving about $1 million of in-kind contributions to support RISE, she said.

This collaborative endeavor is a different approach to recruit Native American medical students and ensure their education and career success, Bender said.

“Really reimagining how we do that because tons and tons have changed and so [have] the [needs] of our students,” she said. “We would be doing a disservice to them if we stayed static.”

Bender said that WSU’s College of Medicine will receive $65,000 to support a Medical College Admission Test preparatory program, a component of RISE.

Fifteen students who apply for the program and are in their junior or senior year will be invited to a six-week curriculum where they will take courses to help them ace the MCAT, she said. This will give students a competitive edge when they apply for medical school, she said.

She said WSU’s College of Medicine will select four Native American students per year during the last four years of the grant to attend the 10-month pathway.

The pathway is specifically for students who did not receive admission into medical school, Harrison said. These students will also be invited to the WSU College of Medicine campus in Spokane to experience what it would be like to be a medical student.

“That’s another opportunity for us to tangibly be able to bring in more Native American medical students that hopefully will one day serve our state,” Harrison said.

Bender said targeted digital and social media outreach is another feature of RISE. She said this program was created with the help of Dr. Erik Brodt, OHSU assistant professor of Family Medicine and a member of the Ojibwe tribe.

Native American youth and adolescents can call in to a center and receive information about upcoming and ongoing pathway programs, she said. They will receive support and gain exposure to processes involved when applying to medical school.

“Both kinds of communication eliminate some of the issues and barriers that often Native students have when trying to reach that information through counselors in high school or working with advisors in college,” Bender said. “It’s really a hub and place of support [to] provide a whole spectrum of information to support their pathway into medicine.”

Bender said the grant will help expand WSU’s Na-ha-shnee Summer Institute. This program is free for ninth to 11th graders who are Native Americans and Alaska Natives, according to the program’s website. The program includes CPR training and basic nursing skills.

Bender said there are about 10 or 11 out of 153 medical schools that focus on matriculating Native American medical students. She said she is proud to be working for one of those schools.

“We’re truly seeing vast amounts of support, which just provides more collaborative effort, and we’re seeing it in our tribal communities,” she said. “They’re nothing short of appreciative that WSU is actually taking a focus on their specific needs.”

Harrison said her involvement with RISE has been rewarding. She believes in the mission of the program and is honored to be a part of it.

“I believe that it says something that this school was founded to serve the state of Washington, and there are a lot of Natives in this state,” Harrison said. “I believe our part is to sort of walk the walk in terms of supporting students and certainly our Native American applying doctors are a big part of that.”