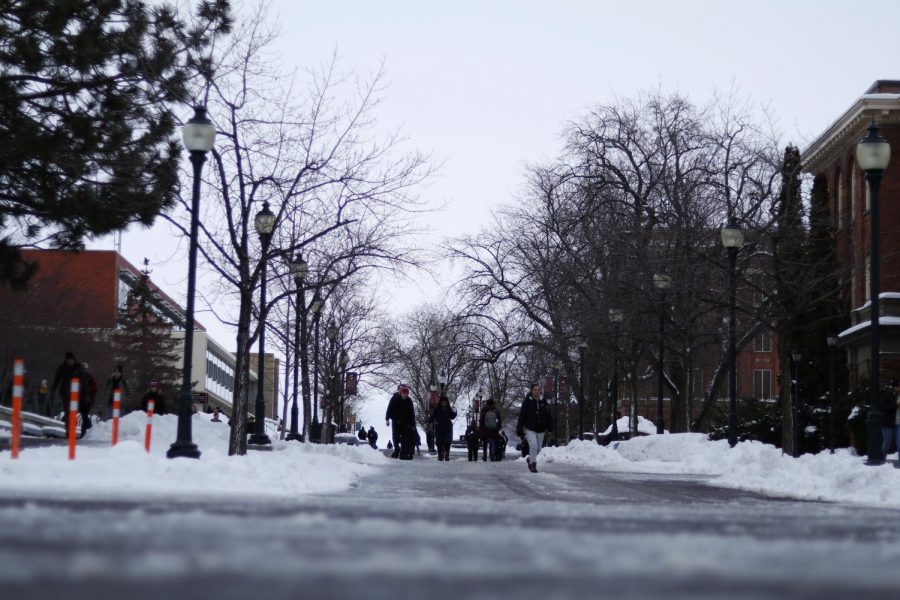 The U.S. National Weather Service issued another winter weather advisory for the second consecutive day. It will remain in effect from 4 p.m. Monday to 4 p.m. Tuesday.

About 2 to 5 inches of snow is expected to accumulate in several areas of the Palouse, including Pullman, Moscow and Colfax, according to the alert.

Art Garro, Pullman maintenance and operations superintendent, said Sunday’s storm was exactly what his department was expecting. The department will be prepared for snowfall throughout the week, he said.

He said the city can consistently monitor winter weather with two daily reports from a private firm. Maintenance crews work throughout the day and night for road operations.

Garro said he advises people to stay home during weather advisory periods and only travel if necessary.

For drivers on snowy roads, Garro said to prepare vehicles for winter conditions. Drivers should slow down and create more distance between vehicles.

Garro said he also cautions drivers against following snowplows on hills because there is no guarantee the plow will make it up steep drives.

“I usually like to wait until the plow is three-quarters or all the way up the hill before following it,” he said. “And we have a lot of hills here.”