OPINION: What we can expect from Rolovich 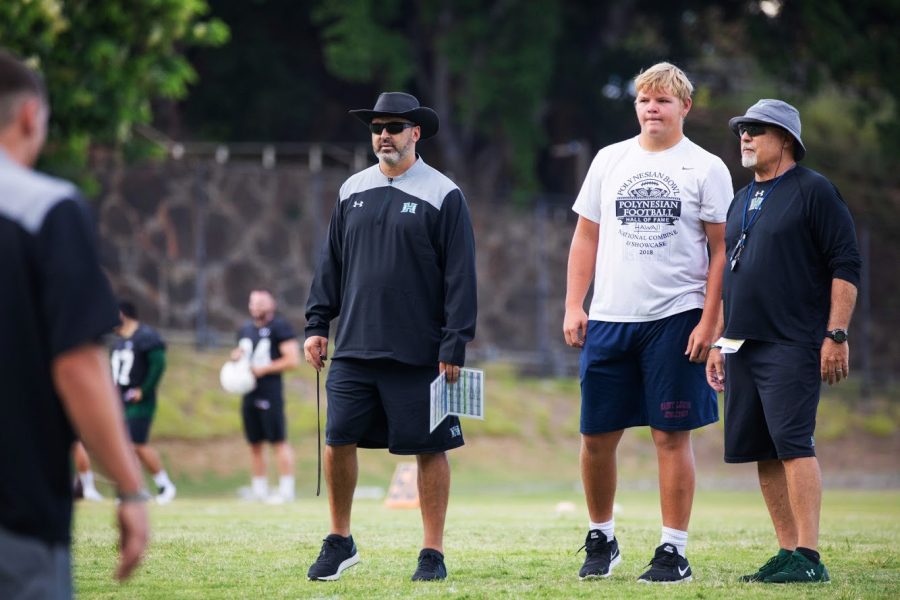 New WSU football coach Nick Rolovich coached the University of Hawaii for four years and had a winning record each of the past two seasons. Rolovich also won Mountain West Conference Coach of the Year in 2019.

With the recent hiring of former University of Hawaii head football coach, there are a lot of questions surrounding the WSU football team. There is uncertainty whenever a team hires a new coach, and the Cougars are no different. It is still possible to look ahead and try to figure out what to expect from new Cougar football coach Nick Rolovich.

The same but different offense

The Air Raid left Pullman with former head coach Mike Leach, but Rolovich is still going to make throwing the ball a big part of his game plan. Hawaii threw the ball 635 times last season, which is nearly 100 fewer than WSU. Rolovich uses the run and shoot offense, which is focused more on stretching the field and taking deep shots. They threw it to the running backs much less. Their leading rusher had three receptions compared to Max Borghi’s 86. Rolovich also likes to focus on the “run” part of the run and shoot. The Rainbow Warriors had a combined 421 rushing attempts from 10 different players. In comparison, WSU had four players combine for 203 carries. Look for Rolovich to get the receivers involved in the running game by using jet sweeps and reverses, something Leach rarely did.

Success with someone else’s players

Rolovich coached the University of Hawaii for four years. He had a winning record each of the past two seasons and was named the Mountain West Conference Coach of the Year in 2019 after leading the Rainbow Warriors to a 10-5 record. In his first year in Honolulu, he led the team to a 7-7 record and a win in the Hawai’i bowl after being hired away from University of Nevada. A lot of coaches struggle in the first few years as they attempt to implement their system and recruit players that fit that system. Rolovich however, took a team filled with players he did not recruit and turned them into a bowl-winning football team a year after they won only three games. That is what he is hoping to do in Pullman, but luckily, he gets to take over a team that has made five straight bowl games and has the most talent he has likely ever worked with.

Surprisingly, Honolulu was never a popular destination for college football recruits. It is kind of like Pullman, just a lot less snow and a lot more surfing. What that means is Rolovich has experience recruiting at a school that has been historically difficult to recruit for. He will be able to recruit the same caliber players, seeing as WSU has never been known to sign very many four or five-star recruits. He also should be able to translate any pipelines he has created to WSU, a school that has an established pipeline with American Samoa and other island nations. The biggest benefit for Rolovich might be Jayden de Laura, a quarterback recruit from Hawaii who was committed to WSU under Mike Leach. KHON2 reported on Monday that de Laura was going to stick to his commitment to WSU and come play for Rolovich.