‘The Addams Family’ visits the Palouse 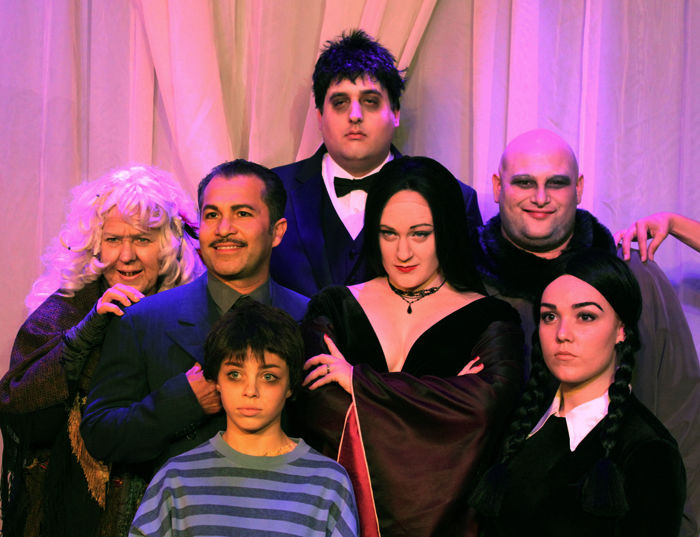 “The Addams Family” tells the story of an abnormal family hosting guests for dinner.

If Gomez and Morticia Addams expected anything, they probably didn’t expect their daughter to come home with a perfectly normal young man.

The Regional Theatre of the Palouse (RTOP) features “The Addams Family,” a play that occurs when Wednesday falls in love and brings her boyfriend and his family over for dinner.

The macabre-loving Addams Family first appeared from the mind of cartoonist Charles Addams, and has since been seen in a variety of TV shows and movies. They are easily recognized by their finger-snapping theme song.

Looks alone indicate how creepy the family can be: dark clothing, a giant-like butler named Lurch and even Cousin Itt, an unidentifiable creature covered completely by hair.

During the time setting of the play, Wednesday has grown up and found spontaneous, instantaneous love. One night, the families of the two lovebirds get together.

Todd’s character, Lucas Beineke, is a straight-laced, uptight kind of guy. He and Wednesday are a clear example of opposites attracting, Todd said.

“He’s very normal, with a passion for his darker side which Wednesday pulls out,” Todd said.

Like any 18-year-old meeting his girlfriend’s family, Lucas is embarrassed by his own parents and wishes to impress and please the Addams, Todd said.

When portraying Lucas, Todd said he tried to put himself in the character. Under the circumstances shown in the play, where Lucas is strongly in love with Wednesday, there is a desire from the character to fit in with the family.

“From my research, I really liked the role of Lucas,” Todd said. “I really enjoy the company (RTOP).”

Todd saw the role as a challenge and opportunity to grow as an artist. He said doing this show has had him work with passionate and creative people from around the area.

Despite the Addams’ generally eerie nature, the musical is family-friendly. The show has its own way of being beautiful, without the feeling of a horror film. There’s nothing gory or terrifying, and nobody will get nightmares from the show, Todd said.

“It’s easier to say what it’s not than what it is,” Todd said.

Todd believes the show still captures the essence of the Addams Family. Audience members will be impressed by how these iconic characters are captured and portrayed by the actors, he said.

“Audiences who know the Addams Family from the cartoon or its movies will not be disappointed,” Todd said.