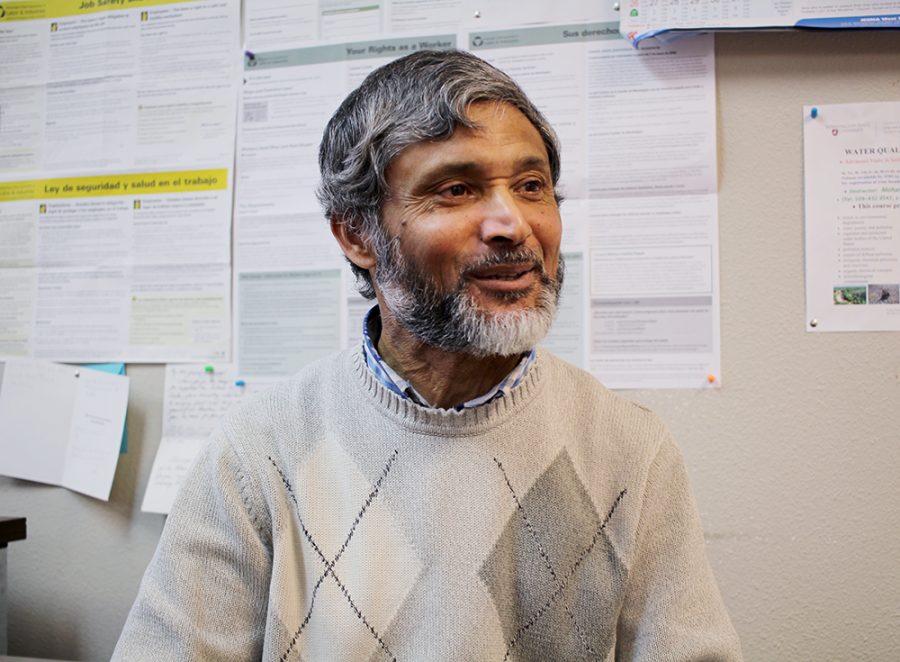 PNW Halal Meats is the only store in Pullman that provides blessed animal ingredients. They also aim to support those in need by providing food for homeless and food-insecure residents through a program with the Community Action Center.

“Halal meat is one of the cultural and religious requirements for the Muslim to eat,” said Mohammed R. Islam, a WSU Crop and Soil Sciences professor and the owner of PNW Halal Meats.

Before the slaughter, healthy animals will be blessed by the name of their God and will suffer the least amount of pain possible, said Najnin Aktar, a preschool assistant teacher and Islam’s wife.

Islam is the president of the Pullman Islamic Center. He opened PNW Halal Meats in March of 2010. His motivation for this business is to provide halal meats to the Muslim community in Pullman, Moscow and the Palouse. Ahmad Alnajjar, a WSU junior majoring in mechanical engineering, said the store is the first place in the area to sell Arabic cultural meat.

Islam’s business has attracted more public attention from the outside Pullman community. He said the store products also bring in customers from other cultures, like Indian and American. Islam started with the idea of running a small kitchen at the Islamic Center. In 2013, he moved the store to the current location, which he said is more convenient for his business.

Islam said the store provides halal meat to the Muslim community in other cities such as Pullman, Spokane, Tri-Cities, Seattle, Portland and even cities in Montana. Besides the raw ingredients, ready-to-eat meals are now available at PNW Halal Meats. They also sell other products like rice, cookies and canned curry.

It’s challenging to balance his work at WSU and the store at the same, he said. As a crop and soil sciences professor, Islam opens his classes in the summer. For the rest of the year, he focuses on doing research and managing PNW Halal Meats.

Islam is also the social director of the Feed the Hungry Program held by the Muslim Ummah of North America (MUNA). He said their goal is providing meals to the homeless and the poor. They are receiving donations from many resources like WSU professors, students and other members of the community.

“We are giving the same halal meats we sell to all of you,” he said.

Islam said they give the tickets and coupons to the Community Action Center in Pullman. The homeless community or anyone who needs food, including WSU students, will get them through the organization and come to PNW Halal Meats for meals. He said he uses code numbers on the tickets instead of their identifiable names.

He said anyone who is struggling with food can come anytime during business hours with or without tickets. Islam said he invites them into the store, asks them to take a seat and gives them a meal.

“They are our brothers and sisters,” he said. “We can be in the [same] situation if we lose our job or business.”

Islam said Pullman is a warm-hearted community, and they are receiving support from other organizations and the region. When the manager at J and H Printing heard Islam was helping local people, she said she would join the program and be in charge of printing tickets.

“That’s a good business to start because it’s the only one here,” he said.