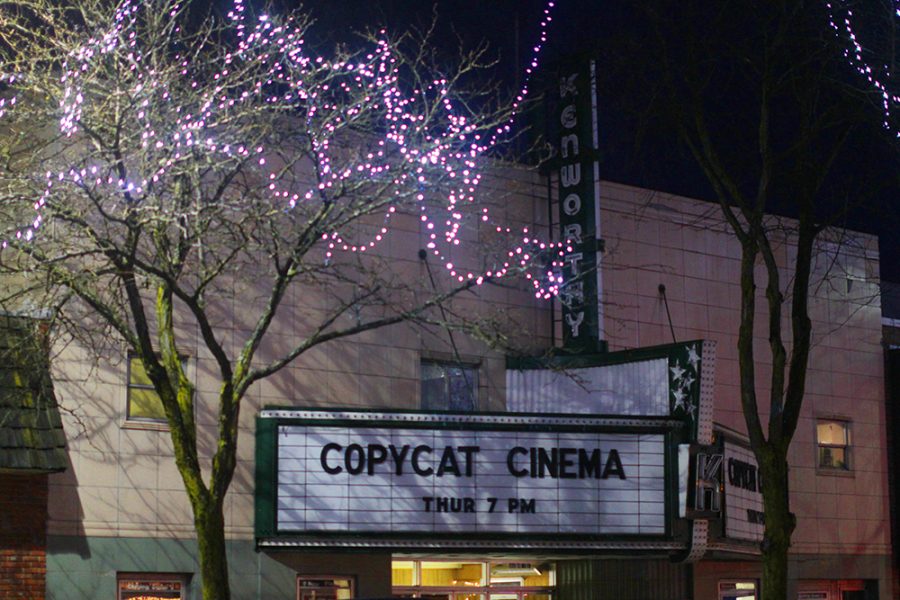 The Kenworthy Performing Arts Centre will see major improvements while preserving its historical image with the help of a $70,000 grant from the Melvin J. Murdock Charitable Trust.

The board of directors decided the top priority for renovations was improvements to the seating area said Christine Gilmore, executive director for the Kenworthy Performing Arts Centre.

The seating had some safety concerns because of how old they are, she said.

“The blue chairs were really uncomfortable,” Gilmore said. “The new chairs are ergonomically safe and the floor is safer.”

Plans developed for the renovation about two years ago, she said. After the priorities were made clear, grant and funding research began.

The center held focus groups in the summer of 2018 to collect opinions from donors and patrons about the project before moving forward. It is the biggest fundraising project the centerhas taken on in the last ten years, Gilmore said.

“We didn’t want to do it without the support of our community,” she said. “When the resounding answer was yes, please do this, that’s when we started digging our heels into the project.”

In addition to the $70,000 award the center later received, the board set a fundraising goal of $195,000 to be able to renovate the seating, flooring and carpet. The goal also included adding power to the floors for lighted aisles and installing LED house lights, as well as purchasing a new screen for showing movies.

Gilmore said about $160,000 was raised in the first 10 months of the project. The grant will allow everything on the board of director’s list to be completed, she said.

“In my time, with that kind of money, we’ve never really had that large of a request before,” Gilmore said.

Colby Reade, director of communications for the M. J. Murdock Trust, said the trust is a private nonprofit foundation and funds grants to nonprofits in healthcare, education, scientific research, arts and culture and human services in the Pacific Northwest.

Since its founding in 1975, the Murdock Trust has donated more than a billion dollars and $60 million specifically to the arts and culture sector, he said.

The center reopened on Jan. 4 after eight weeks of construction to replace the seating, floors and install aisle lighting, Gilmore said.

She said the next item on the to-do list includes getting new carpet and completing technology upgrades.

Gilmore said she sent the first letter of intent to the Murdock Trust in April of 2019, which included illustrating the center’s history and the project. They received the news that they were awarded a grant at the end of November and received the funds in January.

“It was the best pre-Christmas gift ever,” Gilmore said.

“We’re fortunate that we have a collection of stunning historic facilities like the Kenworthy Performing Arts Center across our region, both in Idaho and throughout the Pacific Northwest,” Reade said.

This story has been updated to correct an error regarding the amount of funds the Murdock Foundation has donated.