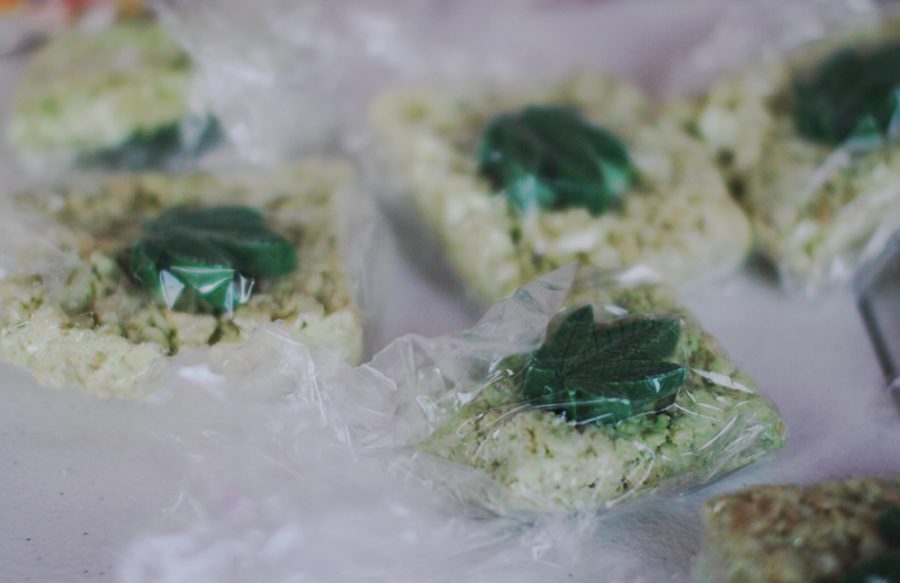 Derby Dames baking for the baked

Skaters rolled out some sweet treats to support their organization

Despite the location (and O’Brien’s roller derby name) the goods are made drug-free, and baked by the group themselves.

“[Customers] always want to know if we have weed in our baked goods,” Hayes said. “We do not […] I’m pretty sure they wouldn’t allow us out here [if it did].”

The bake sales usually happen every other month, but it’s rarer that they happen in the winter. Besides Floyd’s, the team sometimes sells outside Kush21 in Pullman, and also does car washes during the summer. All profits from the bake sale go back into the team, funding dues for new members, new jerseys, insurance and other supplies the team might need.

Hayes said she got into roller derby as a way to get in exercise and try something new.

“Initially it’s super weird, I liked that I had muscles that I never felt before,” Hayes said. “So I was sore in weird places.”

O’Brien said she was interested in college, but didn’t get involved until much later, when she started working with the Derby Dames team president. O’Boyle and Welborn both said they started with the Roller Derby boot camp last summer.

“They’re all my family and my friends. I think the community derby provides and how uplifting people are,” Hayes said, “no one cares if you can skate or not skate or how good you are, it’s really about helping each other and being there for whatever is going on, whether it’s derby or your personal life.”

Generally, the bake(d) sale runs along normally, but usually the team will come across a buyer feeling extra generous.

“It never fails once or twice every bake sale you’ll get someone who gives 20 bucks and takes a cupcake, and those are the people that make you feel pretty good,” Hayes said.

“What I found in general is that the people of the Palouse are really kind and giving and help out the community.”

The Daily Evergreen does not promote smoking that evergreen daily.