Learning to be a better ally 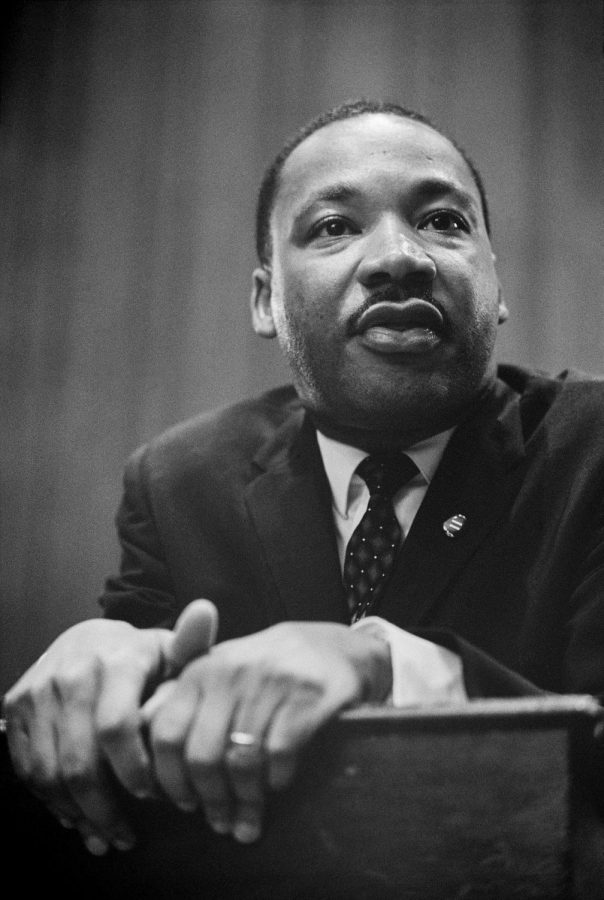 A crime victim advocate hosted WSU’s annual Anti-Racism: Becoming a Better Ally workshop on Jan. 21 which covered topics such as privilege, obstacles of being an ally and guidelines to opening the conversation on racism.

Daniela Miranda, crime victim advocate, began the workshop by mentioning her own experience with microaggressions as a person of color with “white-passing” privileges.

She said she was ashamed she had to go through these experiences but she accepts the privilege she holds as a “cis-gendered, straight person” which protects her.

Miranda said the three guidelines for the workshop were to embrace discomfort, be patient and practice racial humility. She said the workshop is a learning space and people should be kind to each other while they are learning.

“POC’s don’t owe anyone patience,” Miranda said. “They have enough on their plate.”

She then talked about the differences between prejudice, discrimination and racism. She used Robin DiAngelo’s, author and University of Washington professor, definitions from her book titled “White Fragility: Why It’s So Hard for White People to Talk about Racism.”

DiAngelo defines prejudice as bias that can be conscious or unconscious where the bias is not based on reasoning. Everyone, including POC can have these, Miranda said.

Discrimination is similar to prejudice but is supported by people in positions of power who can affect people’s lives, she said.

DiAngelo defines racism as a group’s collective prejudice supported by legal authority and institutional control which is independent from individual actors.

Using this definition, reverse racism does not exist and POC cannot be racists, Miranda said.

Privilege is an advantage taken for granted by white people that POC do not have, she said. Recognizing privilege does not make you a bad person, Miranda said.

“Having privilege does not mean you have an easy life,” she said.

It just means a person’s skin color is not the reason their life is hard, Miranda said.

Allyship is when a person of privilege or in a position of power actively and consistently seeks solidarity with marginalized people, she said. Being an ally is complicated and can have many obstacles like white fragility and white centering, she said.

Miranda said the four stages of being an ally are awareness, education, self-interrogation and community action.

She asked the audience to self-reflect and think of their biggest obstacle in their own lives.

One student said education was the hardest because information is fluid and constantly changing.

Another student said avoidance and not educating himself is the biggest obstacle. He said he does not have to since it does not affect his life.

Miranda said more white people need to understand because racism affects everyone. She said racism should not be ignored because white people want to feel comfortable.

People make mistakes and if someone does say something incorrect or insensitive, Miranda said they should breathe, listen to the other person, apologize and do better.

Lauren Scott, project manager of the Social and Economic Sciences Research Center at WSU, said this was the first workshop she attended this year for MLK Week. Scott said she was glad she learned more about being an ally.

As a sociology doctorate graduate, Scott said she thinks the information can be relevant in many different contexts in the world.

Theresa James, WSU community educator, said as a POC she thought the workshop was very interesting.

James said she has lived in Pullman since 1994 and has seen the community gradually change. One thing she said has remained the same is how difficult it is to move higher in your career as a POC, especially as a black person.

She said people should start small like educating children about racism and teach them how to be an ally.

“Pullman and Moscow is not safe for everyone,” Miranda said. “That’s not to say this is not a great community.”

Miranda is a crime advocate for Alternative to Violence of the Palouse. She provides free and confidential services to people who have experienced a crime of any type including hate crimes and assaults. She provides information, referrals, support and advocacy to the victims.