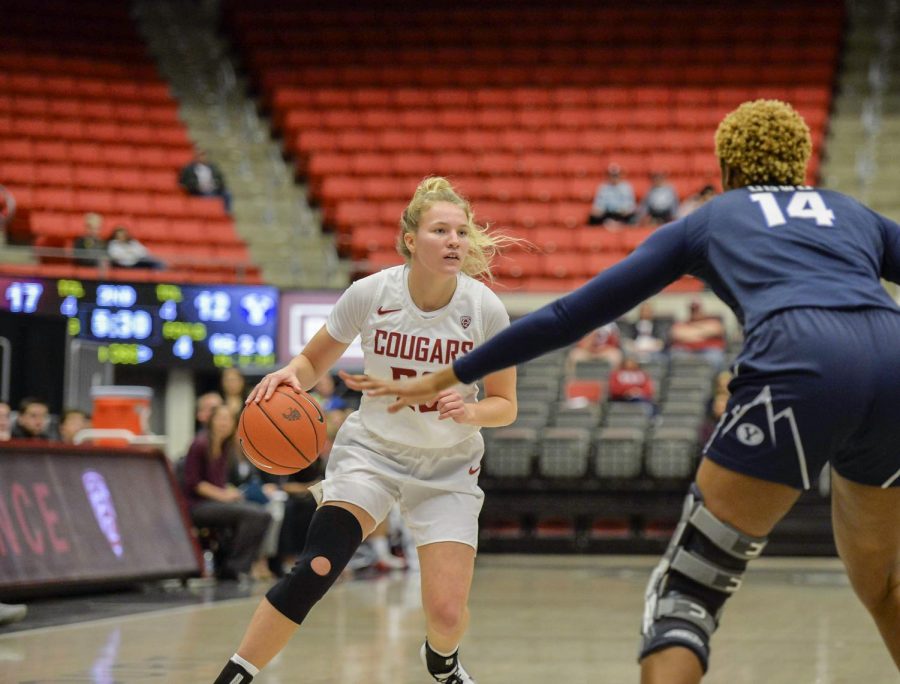 The WSU women’s basketball team fell to the No. 10 UCLA Bruins 66-50 Sunday in Pauley Pavilion in Los Angeles.

The Bruins’ (18-1, 7-1) defense forced 19 turnovers with six coming from senior guard Chanelle Molina. The Cougars got 41 rebounds, and Molina led the team with nine.

UCLA had four players score in double-figures, and WSU had one player with double digits. The Bruins were led by junior forward Michaela Onyenwere who scored 23 points on eight of 18 shooting.

WSU managed to have the game tied at the end of the first quarter, but the Bruins took control in the second quarter to gain a 12-point lead at the half.

WSU had 12 turnovers compared to UCLA’s four. UCLA freshman guard Charisma Osborne had four steals in the opening half.

WSU outscored UCLA 17-12 in the fourth quarter, but the lead for UCLA was too large for the Cougars to make a full comeback.

WSU returns home to face off with the California Golden Bears at 7 p.m. Friday in Beasley Coliseum. The game will air on the Pac-12 Networks.