COMMENTARY: Gordon shines out at the Senior Bowl 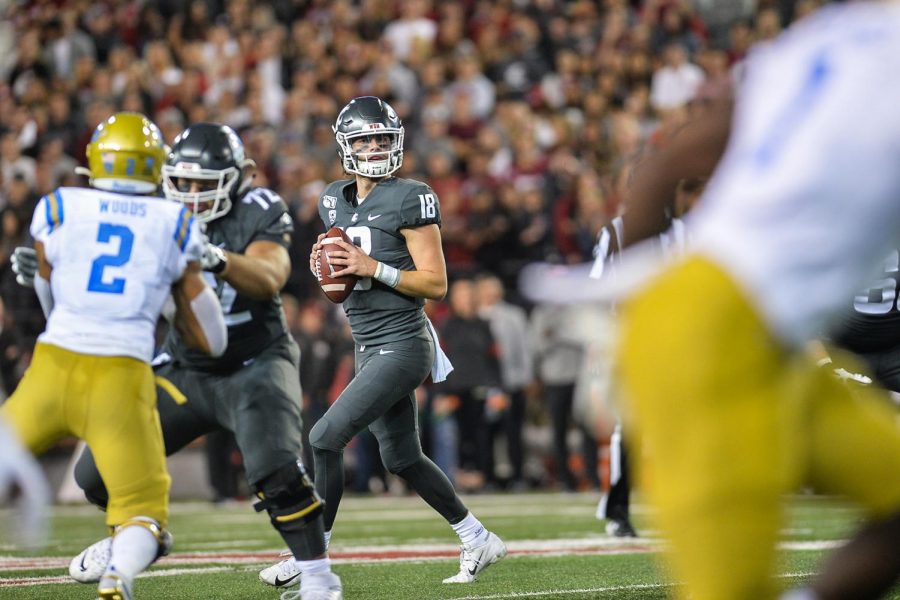 The Reese’s Senior Bowl is a huge opportunity for the over 100 players who participated. It is their chance to impress NFL scouts and convince them that they are worthy of hearing their name called at the draft.

This is an entire week that can make or break a prospect’s chances at the next level. Some players thrive and some disappoint.

Former WSU quarterback Anthony Gordon’s performance was no different than his incredible 2019 season. The only thing different about him was his number, three.

He wore the number three to honor Tyler Hilinski. This was the second time in three years that number was worn for that reason; Luke Falk switched from four to three in the 2018 edition of the game.

He only played the third quarter on Saturday but threw for 69 yards and two touchdowns on eight of 12 passing. The North team had three drives with Gordon under center and scored on all three of them, accounting for 21 of the team’s 31 points.

Gordon’s success in Mobile, Alabama, looked very similar to what he did in Pullman during his 5,579 yard and 48 touchdown season.

He found success on familiar routes, throwing swing passes to running backs and hitch routes over the middle to tight ends instead of former WSU wide receiver Brandon Arconado. He also demonstrated his precision and accuracy on multiple throws; the most impressive one being his second touchdown of the day.

Gordon threw an off-balance, one-footed strike to Liberty University wide receiver Antonio Gandy-Golden in the corner of the endzone to make it 31 points for the North team.

Gordon also showed some abilities that were not on display during his time as the leader of the Air Raid. He took snaps from under center, something he never did as a Cougar, and even throw a bit of a block on a wide receiver reverse.

Gordon proved on Saturday that he is a legitimate quarterback, not just a product of Mike Leach’s Air Raid system. His play hopefully impressed NFL teams, and did impress experts including Bleacher Report’s Matt Miller.

“I’m intrigued by Anthony Gordon. Lot to work with there and everything I’ve heard is that he’s whip smart and a great worker,” he said via a tweet.

Gordon arguably played the best out of any of the six quarterbacks in the bowl game.

He took home the award for player of the game on the North team. Many people on social media argued he should have been an MVP of the game; an honor given to former Oregon quarterback Justin Herbert.

“Yeah, won’t even begin to put any stock into something like this, but does seem a little criminal. Gordon’s offense scored three TDs, Herbert’s scored one,” Spokesman-Review reporter Theo Lawson said in a tweet after the game.