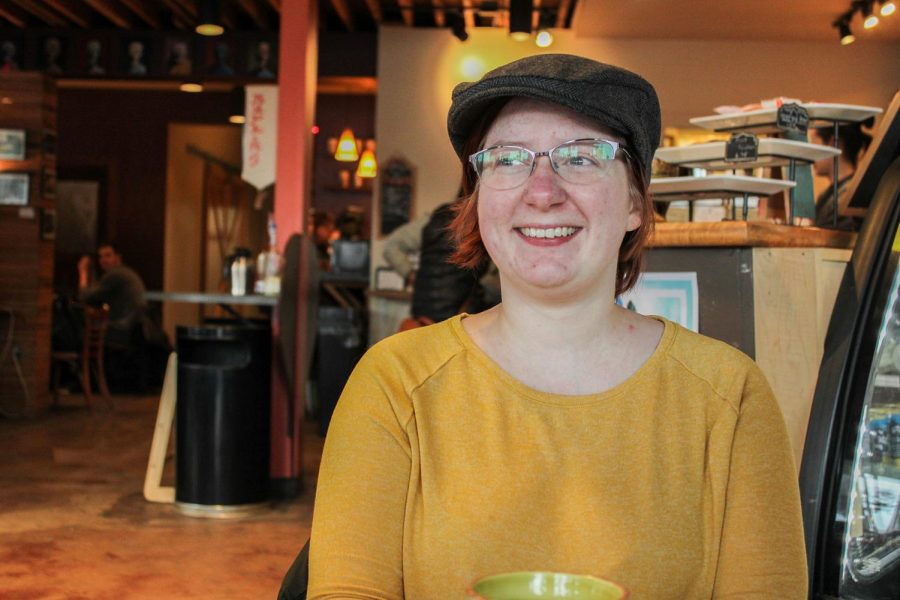 Courtney Berge, general board member of Swing Devils of the Palouse, talks about her favorite things about being in the group on Saturday afternoon at the One World Cafe in Moscow.

“There’s not a lot to do for a 14-year-old on a weeknight in Moscow, Idaho,” Berge said.

Berge, who is also a general board member of Swing Devils of the Palouse, said she joined the local organization as a teenager so she would have an activity to do and she has been part of it ever since.

“You make a great set of friends that you can dance with and learn new things with,” Berge said.

Geoff Keller, president of Swing Devils of the Palouse, said community is an important aspect of the group and that all the members are friendly and want to welcome new dancers.

“It’s a nice, healthy, cheap way to spend the evening that’s not drinking and not diving into books,” Keller said.

The Swing Devils practice styles of dancing called East Coast Swing and Lindy Hop, Berge said. Not to be confused with Country or West Coast Swing, their styles fall under the umbrella of vintage swing where jazz is the primary music accompaniment.

“Before I got into the dancing, I never got into the style of music at all, never really would’ve given jazz a chance,” Keller said. “But then when I started dancing … there’s just a quality to this music that you don’t really get much with current music.”

“There’s a lot of history that people don’t know,” Keller said. “Sometimes they find out and they’re like, ‘wow, that’s really cool, you’re dancing in the same room that held all these famous artists.’”

Berge said the Swing Devils meet each Thursday at the Moose Lodge in Moscow and charge $3 to enter. They begin at 7 p.m. with an hour-long East Coast Swing lesson before starting social dancing at 8, according to their Facebook page.

The group also hosts larger events throughout the year, Keller said, including a Newbie Night that they have been doing for about the past five years.

“It’s all about having fun. If you’re not having fun, then why are you doing it?” Keller said. “You don’t have to know all the coolest moves [and] all the best techniques to have fun.”