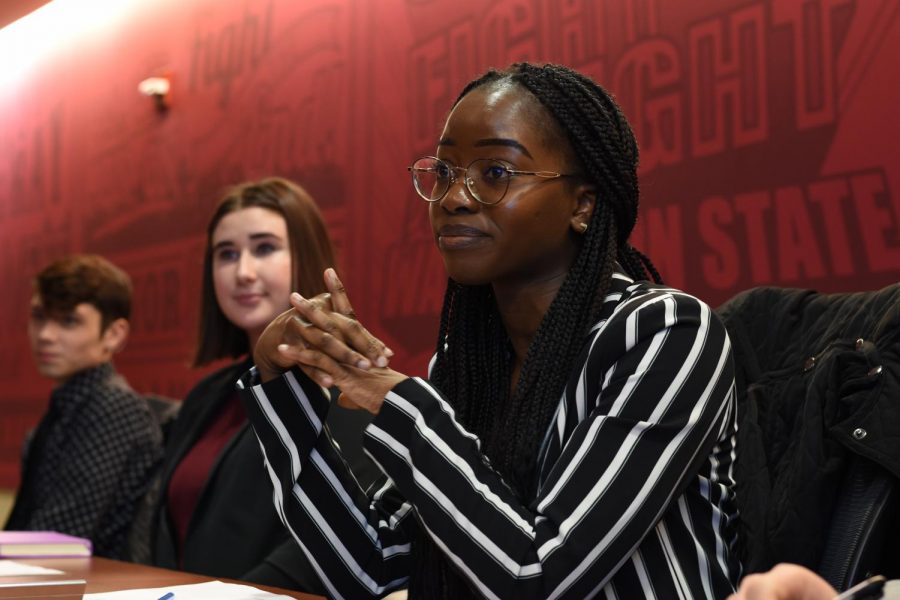 Institutions like Pennsylvania State University and Cornell University allow students to pay in installments, according to the resolution. WSU students, on the other hand, can accrue fees over time if they have not paid for their tuition and fees in full.

Shola-Dare said she could resonate with the resolution because she is an international student herself.

“I’ll probably take it upon myself to reach out to the Division of Student Affairs and [Student] Financial Services to see how we can get this up and move forward,” she said.

ASWSU Senator Donavyn Velez-Fucal co-authored a resolution to draft a bill that would allow open-source textbooks for 100-level UCORE courses.

“It’s just cheaper to access and use for students”

Textbook costs have increased over time, according to the resolution, which causes a financial worry for students. This is because they have to pay for tuition as well as room and board.

Velez-Fucal said this worry was brought to their attention by a student who also helped draft the legislation.

“It’s just cheaper to access and use for students,” he said. “That way, first-year students and just students in general that are taking classes don’t have to pay $100, $200, $300 for a textbook.”

The senate also approved funding for a Chinese New Year Festival hosted by the Chinese Students and Scholars Association at WSU.

Zhuocheng Huang, president of the CSSA at WSU, said they wanted to bring the feeling of home closer for those who are not able to return as often.

Sparkle Watts, vice president of Black Student Union, said a tribute to Kobe Bryant is in the works.

“The message that we’re trying to get across is just kind of the impact that black communities feel when we lose those idols,” Watts said. “We idolize these people so much that we forget that bad things can happen to them.”