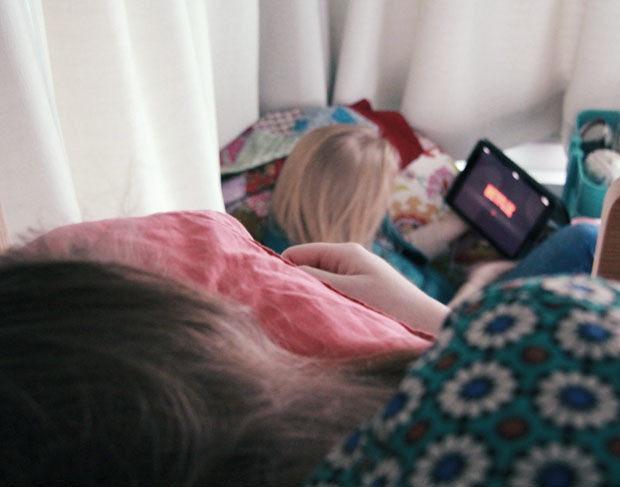 Living with a boyfriend? It can get messy.

Love is in the air. For
someone, I guess. For me, the ideal romantic partner is the first edition
signed copy of “Fight Club” back in my local bookstore ($99, in case anyone’s
wondering what to get me for my birthday), but evidently, some people prefer to
hold hands with an actual living person. In fact, some people might want to do
more than hold hands, but that’s more of a topic for this year’s Sex Edition.
However, it does bring up a very important question: what to do when your
significant other wants to move in?

Living with a romantic partner can be challenging. Ask anyone who’s in a serious relationship: it’s often tough to compromise and deal with someone else, especially if you like your space and privacy.

That said, there are a lot of benefits that go along with cohabitation. The aforementioned hand-holding can happen with more frequency, and you’ll always have a spare toothbrush to “borrow” to clean mud off the bottom of your shoe. It’s also often an important step for couples who want to take their relationship to the next level.

“Be respectful of each other’s space,” Kale VanWieringen, a WSU sophomore construction management major, said. Obviously, a healthy respect for boundaries and personal space is important, and doubly so when living with a romantic partner. No matter how strong the relationship, both parties need and deserve their own time and space, without the confines of another person.

Molly Olney is a WSU freshman sports management major who lives in a sorority house.

“Be aware of yourself and your own belongings,” Olney said. “Be open to conversations [with roommates], and talk about if something’s bothering you.”

Open communication is crucial in all aspects of life, and in relationships it’s doubly important. Allowing both people the chance to speak and express their feelings, concerns or issues fosters healthy dialogue and free exchange.

“If you’re on the other end [of criticism], just be very open, because it’s difficult to live with one person or more than one person,” Olney said.

It’s important to remember that many of the habits, quirks and tendencies you develop as an individual don’t always translate over well into a relationship. Singing Black Flag songs in the shower at full volume before your 8 a.m. class may be a fantastic way for someone who may or may not be me to wake up when living solo, but when there’s another person sharing the space. It pays to be a little more considerate and cognizant of the odd, unusual and frankly weird shit we get up to when we’re alone.

Finally, let’s face it, sometimes you’ll fight. It happens. Even the most obnoxiously and idealistic relationship runs afoul of conflict once in a while. It’s impossible to avoid. What’s crucial here, however, is to understand that it’ll happen, and move forward from there.

“Living with someone, you’re going to get on each other’s nerves,
occasionally,” VanWieringen said.

With proper communication, respect for each others feelings and healthy boundaries, couples living together can make it work. There’s no one thing or one person that makes it possible, but a team effort can contribute to the health of the relationship and the functionality of the living arrangement.

Now, if you’ll excuse me, there’s a tower of Monster cans leaning over my desk that looks like it’s about to fall. I’m about to watch this UFO documentary for the 36th time, and I need a clean workspace. #singlelife