Cougars’ hopes hopped down by Stanford 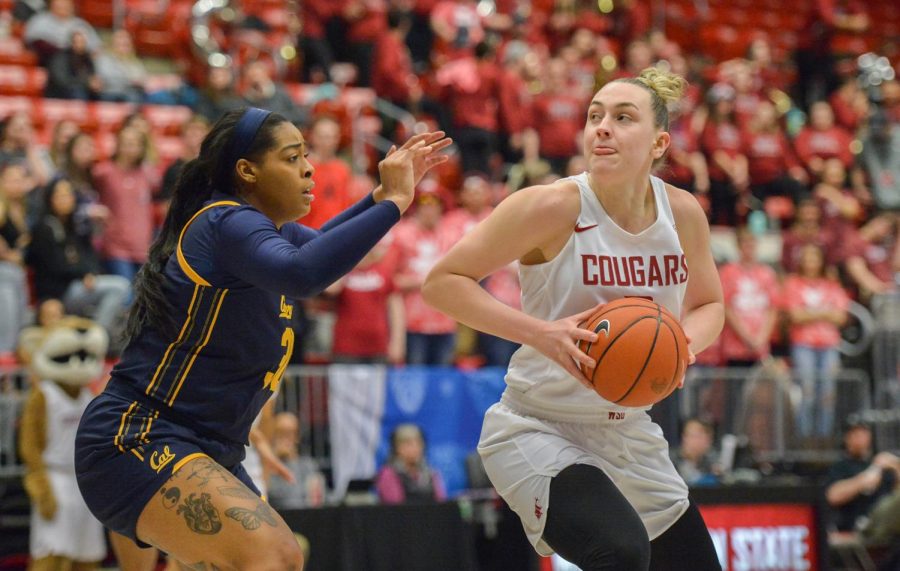 The Cougars (10-12, 3-7) hoped to make history by defeating Stanford for the first time, but the dream was quickly crushed.

Stanford (20-2, 9-1) had three players in double-figures and held the lead for the entirety of the contest.

Freshman forward Ashten Prechtel led the way for the Cardinal with 19 points and 14 rebounds in 20 minutes played.

The Cougars shot 20-for-65 from the field and 0-for-15 from beyond the arc while the Cardinal shot 29-for-65 and connected on eight 3-pointers.

Senior forward Borislava Hristova had 15 points for the Cougars, but shot 5-for-18 from the field. Senior guard Chanelle Molina had 10 points on 4-for-13 shooting and missed all four of her 3-point attempts.

From start to finish Stanford had full control of the game as they led at the end of first quarter 23-8.

The most competitive quarter was the second as both sides totaled 19 points. Chanelle Molina had 8 of her 10 points in the quarter.

Stanford also won the rebound battle 46-36 as Prechtel had 14 and Hull had nine.

WSU junior forward Jovana Subasic and Molina led the way on the glass for the Cougars with seven rebounds each.

WSU plays next against the Colorado Buffaloes at 7 p.m. Friday in Beasley Coliseum.