Know your rights as a tenant

When you sign a lease, what are you signing away? 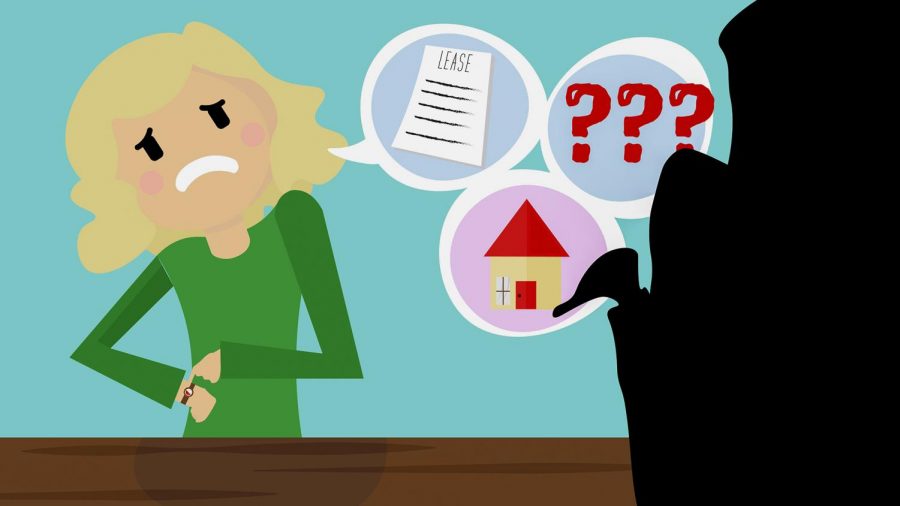 Every lease signing feels like a deal with the devil. Utilize the law center on-campus to save yourself from predatory practices.

Housing horror stories
seem to be a rite of passage for many young adults. It doesn’t have to be,
though. Students need to know their rights and what to look out for.

“That rental contract, for many students, is the first binding agreement that they’ve entered into,” said Wynn Mosman, attorney for ASWSU Student Legal Services.

That means signers need
to see and read the lease — actually reading and understanding it.

“While most landlords will endeavor to tell you what that means,” Mosman said, “keep in mind they’re not really on your side in that deal.”

Since students are oftentimes new renters, things they did at home may not even be a possibility now. Something as simple as painting your walls requires written permission from not just the landlord, but depending on the property, the owners as well.

“Read the lease and make
sure you know what your deposit is and what your fee is, and what the
difference between those two things are,” Michael Forbes, senior zoology major
and assistant director of Cougar Choice Housing, said.

Many rental contracts
also say that those on the lease are jointly and severally liable, but many
don’t know what that means.

“It means that if I bail,
you’re responsible,” Mosman said.

Students should know what
their options are. And furthermore, they need to be able to budget for the
options they want.

While you may be able to
afford $500 in rent, you have to factor in utilities — even garbage, if you’re
not in an apartment complex. Water is commonly covered in Pullman, but those
from out of state have to remember that winter is a thing. Your bill will go up when you need to run the heat
more.

“They just need to be
aware of what’s included,” Mosman said.

Many leave behind family
pets and end up wanting one of their own as well. Some property management
companies increase your rent if you have a pet, others have a fee and every
once in awhile you’ll come across someone who just asks for an extra deposit.

Knowing the costs and
consequences associated with a cat, dog or other animal is extremely important.
Some can’t live without a furry friend by their side, but they have to really think
about if now is the best time to have one.

“Pets are kind of a big
deal,” Mosman said. It limits the options for housing substantially. “If it can
be avoided, I recommend avoiding it.”

Sometimes the unit isn’t
what it seems, either.

Forbes is living off
campus for his third year, he said. But his first apartment was run down in
comparison to the show room he saw before signing.

One issue that comes up
this time of year is pressure from landlords to renew. If they’re pushing you
to do it, you probably should wait, Mosman said. The risk with this, however,
is that they might rent to somebody else.

“If it has to be done fast,” Mosman said. “Step back for a minute.” There is likely a reason you’re being pushed, so that’s a red flag.

Overall, students and
other new renters need to be aware of what they are getting themselves into.

Living situations are
something you’re often stuck with for an entire year, unless you’re able to
scramble and make arrangements mid-lease. Know who you’re living with, what
you’re living in and how that will all come together financially.