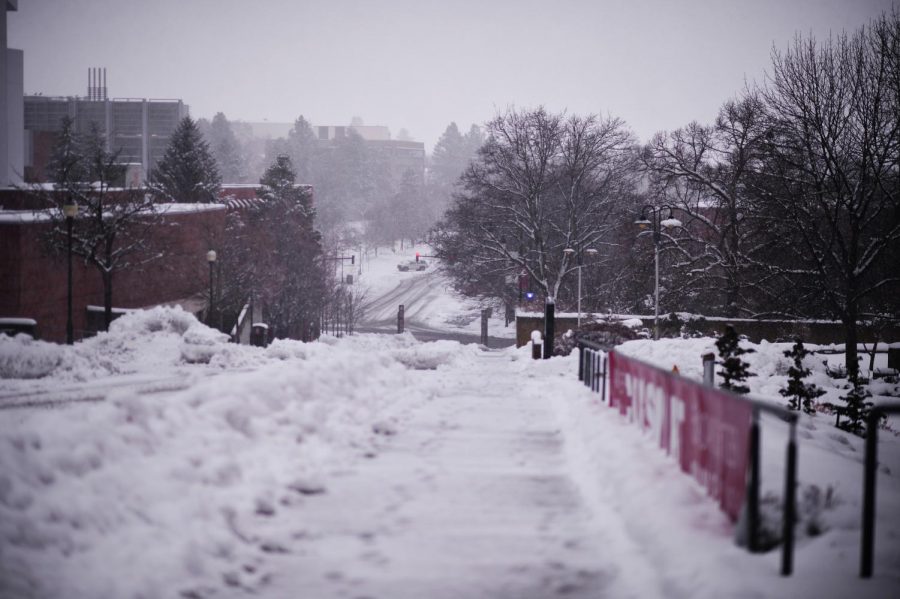 The U.S. National Weather Service issued a winter storm warning for the Palouse region from 4 p.m. on Tuesday until noon on Wednesday.

WSU canceled classes and suspended all operations tomorrow due to inclement weather predictions, according to WSU Alerts.

Between 5 and 10 inches of snow is expected to build up during the storm warning , according to the warning. Most of it is expected to fall Wednesday morning.

According to the warning, travel could be “very difficult to impossible” under these conditions.

The warning recommends people keep an extra flashlight, food and water in their vehicle in case of an emergency.

Updated roads conditions can be found by calling 511.