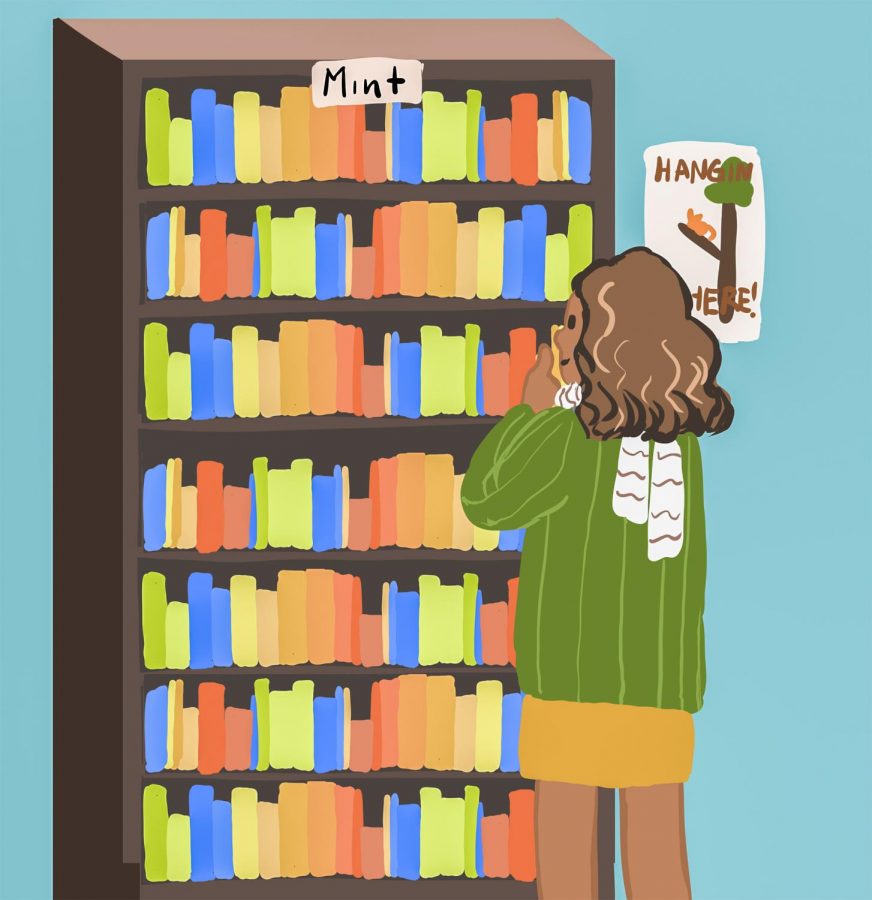 Black authors should be read and appreciated as much as their white peers. Mint is here to help if you don’t know where to start.

“American Sonnets for My Past and Future Assassin” by Terrance Hayes

Don’t be afraid of the title — these aren’t your high school AP Literature teacher’s lofty, overly-romantic sonnets. Hayes aims straight for the white-hot center of modern social issues with his 70 contemporary poems, many of which feature blistering dissections of race relations and political turmoil. Each 14-line poem tells a story, bursting with energy and emotion, about his experiences as a black man in America.

If you love poetry, you’ll be impressed and possibly challenged by Hayes’ bold approach to modern topics using a traditional style. If you hate poetry, you’ll rethink your opinion. These American sonnets feel like a rapid-fire, passionate series of speeches and stories, not a stuffy collection of trite observations.

If you need further convincing, take a couple lines from one of Hayes’ sonnets and think about picking up a copy: “I remember my sister’s last hoorah./She joined all the black people I’m tired of losing/ … Can we really be friends if we don’t believe/In the same things, Assassin?”

“The World Doesn’t Require You” by Rion Amilcar Scott

“The World Doesn’t Require You” by Rion Amilcar Scott is awesome. It’s a really cool, weird, funny collection of short stories. I borrowed the book from one of my teachers and flatly refuse to give it back.

Do you want to read about three dudes driving down the underground railroad? How about the last son of God trying to interpret his message through scat singing? There’s music martial arts, slave robots, mermaids and more. All the stories are set in a town founded by slaves and all the stories either start out or devolve into some weird supernaturalness.

The stories all take something weird or interesting about black life and culture and make it weirder and more interesting, and it’s just a wild ride all the way through. You can also find the first story, “David Sherman, The Last Son of God,” on the author’s website to get a taste of how strange and surprising this book is.

If you like poetry you’ll love this. If you don’t, you need to give this a chance.

“Incendiary Art” by Patricia Smith is beautiful. The poems in this book don’t use a lot of abstract or weird imagery and yet they’re still descriptive, evocative, just really interesting poems about being black in America.

One of the four parts of this book is dedicated to black girls drowned by their fathers. Another takes the police reports from black people killed by the police, and turns each of them into a poem of its own.

It’s heart-wrenching, and hard to read sometimes, but immensely vivid and beautiful.

One of the poems, “The Five Stages Of Drowning,” is available to read online. Read it.

If you want to go international, “Things Fall Apart” is mandatory. There is no debate on this.

More specifically, it’s about Igbo culture and holding on to African cultures in general, and it does represent a lot of Africa, even if it is centered around just one tribe in one part of the continent.

It’s a fantastic look into a continent that doesn’t get the representation it deserves.

“Thick: and Other Essays” by Tressie McMillan Cottom

I know a book of essays might not sound interesting, or like a fun time, but we associate essays with academic essays too much and it’s awful.

“Thick and Other Essays” is a look into feminism, racism, humor and Miley Cyrus, among other things. Pop culture and sociology, and if you don’t think those two mix, then you definitely need to read this book.

And if you want to make it academic there’s a reading guide on her website. And discussion questions. Send your answers to me and I’ll even grade them for you.

Here’s another look into black culture through poetry, mixed with being queer and living with HIV.

I love this book with my whole heart, and a little bit of someone else’s. The poems are beautiful, evocative, sweet, melancholic, I could go on for ages.

Try some of these out. Read “& even the black guy’s profile reads ‘sorry, no black guys’” or “it won’t be a bullet” or “summer, somewhere” or the entire book.

Memoirs by famous people are great. Memoirs by a non-famous black man living with racism, abuse and body dysmorphia in Mississippi are also great.

Heavy’s title is appropriate. This book is crushing, and the author is writing to his novel so the memoir feels that much more personal as you go through his life in and out of Jackson, from childhood to adulthood.

Heavy makes you confront uncomfortable realities about racism in America. There’s not much light about this book.

“Roll of Thunder, Hear My Cry” by Mildred D. Taylor

I read this book when I was in sixth grade and let me tell you – I did not deserve my sixth grade English teacher. She took it upon herself to teach 11-year-olds about social responsibility. We spent the whole year reading and analyzing books she picked specifically because they would make us uncomfortable.

“Roll of Thunder, Hear My Cry” is a powerful book. It’s been roughly nine years since I read it and I still remember almost everything about it.

This book does not make light of the racist ideologies, laws and actions persistent in the American South at the time the book is set. “Roll of Thunder, Hear My Cry” tells the fictitious tale of a black family, the Logans, living in rural Mississippi in the Jim Crow era.

Taylor makes it clear that the injustices the book centers around are not any different from reality. Separate and unequal schools, white kids framing black kids, lynchings, an innocent man left burned and disfigured, hate crimes, the Ku Klux Klan – not one topic was missed by Taylor.

The book does not end on a happy note. At 11-years-old, I sat there reading, waiting for things to get better and felt deeply unsettled when they didn’t. “Roll of Thunder, Hear My Cry” will leave a sour taste in your mouth, but it’s important to read if you ever want to come close to understanding the horrors black people in America were subject to not so long ago.

This book brought me to tears several times. “Becoming” is Michelle Obama’s memoir – from growing up on the South Side of Chicago to living in the White House as First Lady.

Obama perfectly articulates every memory and every emotion. The authenticity of “Becoming” is what makes it stand out.

Whether or not you’ve witnessed white flight and gentrification, or dealt with being a minority at a college where race plays a larger role than your peers acknowledge or faced the constant, intense scrutiny of the public – you still feel what she felt. You live those moments with her.

Maybe it’s because she wrote it at a mature age, but Obama comes across as self aware in every stage of her life. She spends a lot of time reflecting on how her choices influence the people around her and how that, in turn, influences her choices.

Everyone loves a good protagonist; someone with good intentions and great ambitions they can rally behind. “Becoming” shows Obama is that very character. Her love for her family, her will to push on despite every adversity – it’s through these she becomes an icon.

“Their Eyes Were Watching God” by Zora Neale Hurston

Zora Neale Hurston’s novel “Their Eyes Were Watching God” lingers in my mind as one of the most elegant texts I was forced — ahem, given the opportunity — to read in high school English.

The protagonist is Janie Crawford, a black woman living in Eatonville, Florida who has been through a trial or two, or three or more.

Janie’s experiences can roughly be summed up by her marriages to three different men. The first of which was a security match, an older man her grandmother secured for her so Janie would be well taken care of.

Her second marriage was her chance to escape the first. It started off well, and not to give too many spoilers, did not end that way.

Just when we think Janie’s true love has come along and she marries for the third time, unfortunate circumstances prevent the long-lasting match the audience is rooting for.

When it is all over, Janie returns to the town she lived in with her second husband, where her neighbors spread vicious rumors about her until she tells the whole story to one of her friends.

Through it all, Janie savors a sense of independence and confidence that doesn’t just come from a man — I wish I could do that.

Though it was a bit over my 16-year-old head when I read it, it’s a good book if I ever did read one.