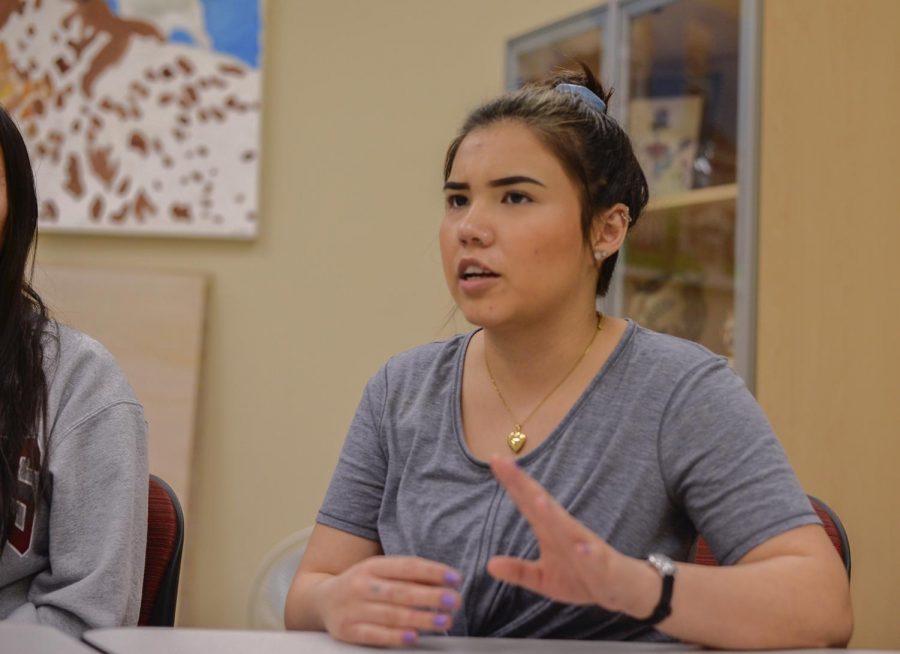 NAWA secretary Kaitlin Srader gives details about the upcoming spaghetti feed on Monday in Cleveland Hall. All food will be made by the members.

The Native American Women’s Association (NAWA) is hosting a spaghetti feed to raise funds for their upcoming activities.

Kaitlin Srader, WSU junior sociology and women’s studies double-major and NAWA secretary, said the fundraiser will finance the graduation shawls which will be given to NAWA members who are graduating in the spring.

The spaghetti feed will also raise money for their Missing and Murdered Indigenous Women event, she said.

The Missing and Murdered Indigenous Women event helps spread awareness about the plight of indigenous women across the country, she said.

Pre-orders for the spaghetti feed need to be made by Feb. 10, Garcia said. The order form can be accessed on NAWA’s Instagram page. Payments can be made on Venmo and the payment QR code is on the form.

Srader said individuals need to contact NAWA if they want to pay with cash.

Orders can be picked-up at the Summer Hill Apartments on Feb. 13, Srader said. NAWA members can also deliver the spaghetti with a delivery fee of $2.50.

Garcia said NAWA will table at the Compton Union Building on Feb. 10 from 11 a.m. to 1 p.m. to advertise their spaghetti feed. NAWA-made stickers will be sold during that day as well.

“It’s an easy dinner right before Valentine’s Day,” she said. “We’re raising for the community essentially.”