OPINION: Rethink the way you party on Greek row 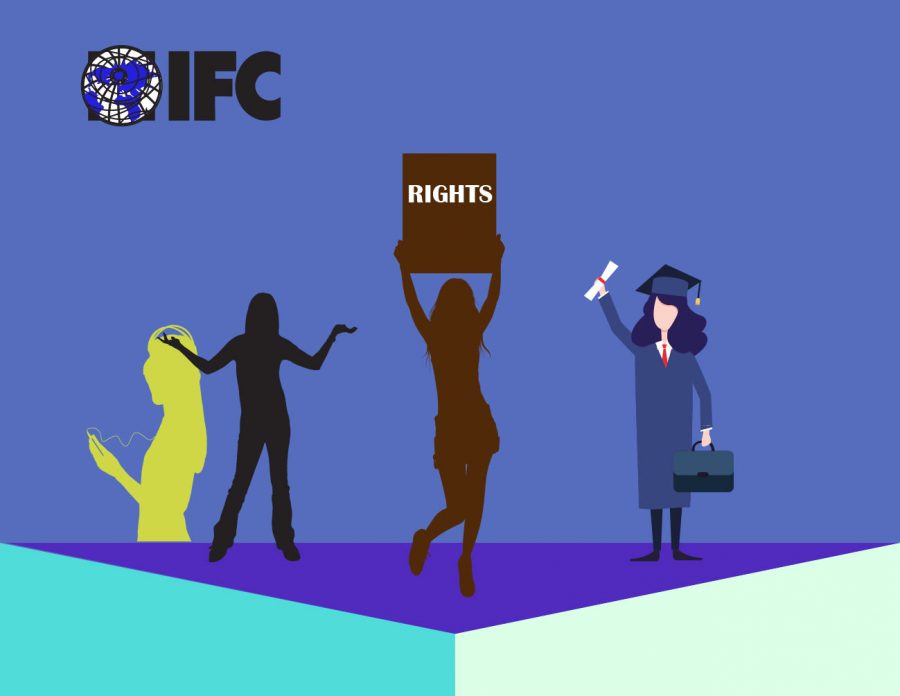 It is up to Greeks to keep themselves safe, and therefore must hold themselves accountable to preserve their community.

Since the beginning of the semester, Greek life on campus has seen a lot of changes. The community has been moving toward the direction of progress and a complete culture shift- but this change won’t happen overnight.

The Interfraternity Council released a new policy on January 27, which includes new regulations around the percentage of alcohol houses can serve during events, when Greek row can be “partying” and other preventative measures to ensure the safety of all members. These changes reflect a serious culture shift and provide substantial change to the previously existing social atmosphere on campus.

Most notably they’ve taken a hatchet to major party weeks like “Sylly” weeks, Halloweek, Homecoming, etc. This is a controversial, but necessary change to create a better, safer and healthier Greek community and culture on campus.

Gabrielle Clegg, the Panhellenic policy director, said it was clear that the new policies are meant to be as big of a change for women on Greek row as they do for men, and said the women in the community are almost as much to blame for the things the men do as they are.

“The concerns for the risks of losing the
community is far higher when members refuse to step in and participate in
self-regulation than if we choose to hold ourselves accountable,” Clegg said.

This new push towards self-regulation comes as a last chance attempt to give Greek life a future. The incident reports available through the Center for Fraternity and Sorority Life provide students with a place to report problems they see in the community. The reports can be filed anonymously so long as enough information is provided regarding the situation. This simple act of self-regulation could be the deciding factor in the future of the Greek community.

These new policies create major changes in the expectations of party-goers on Greek row, especially because one person can change the narrative for an entire organization through one decision. Phi Kappa Sigma is one of the wet fraternities fully approved by IFC to continue hosting events open to the community. The new changes like requiring water bottles at every event, higher numbers of sober brothers, increased risk prevention and increased awareness for the safety of all-party goers are not new to houses like PKS.

PKS has been hosting events that look wildly close to the ones they do now for as long as they can remember. Not only do they want their guests to have a good time, but they also want to make sure that they’re ensuring safety while at their events. The best part is they have a designated women’s bathroom, and they promote a subtle hand signal girls can show to sober brothers if they are having any problems. In turn, the way the rules look for them is having higher expectations for the people who come through their doors.

“We want everyone to have a good time, and if that means that we need to tell people they are too drunk at the door and need to go home we will. We don’t want them to take it personally but we also don’t want to add preventable risks to our events,” Christian Carstea, PKS president, said.

What is important to understand is that when a sober brother is saying something- especially if it is to stop drinking or to go home- it is crucial to listen and not take it personally. The only time these encounters will become personal is if someone chooses to continue causing problems when asked to stop. The men in Greek life are doing their best to adapt to a major culture shift and it is essential they have the support of the rest of the community. Respect the houses you get to party in because at the end of the day that is somebody’s home and they have to live there, even when the party’s over. Have a great time, stay safe and see you next Thursday at 5 p.m. sharp.

Danielle Dennehy is a multimedia journalism major from Milbrae, Calif. She can be contacted at 335-1140 or at [email protected] The views expressed in this column do not necessarily represent the views of The Daily Evergreen, its editors or publishers.