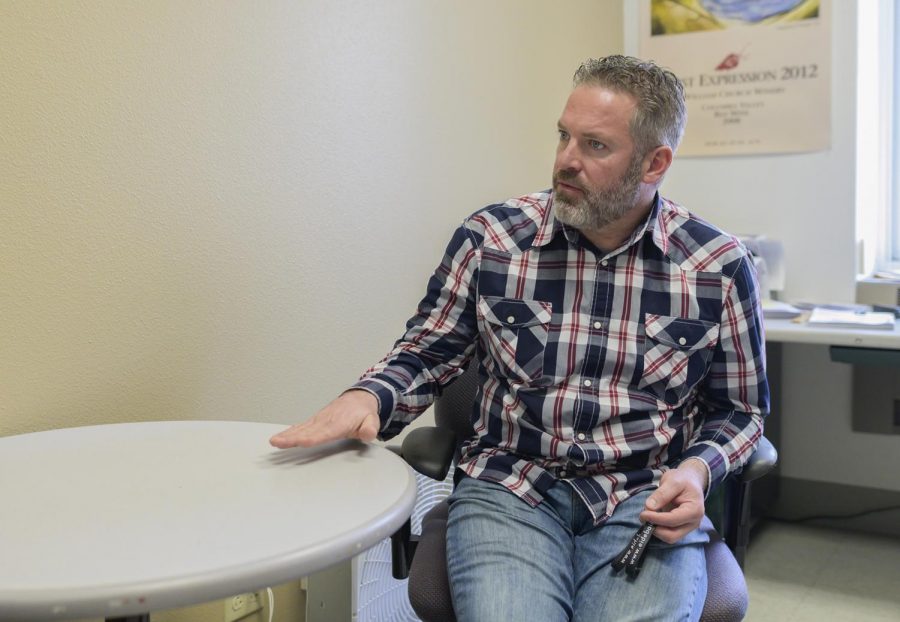 Jim Harbor, Southfork co-owner and WSU associate professor, talks about how convincing people to come to the golf course year round might be a challenge on Feb. 4 in Todd Hall.

Palouse Ridge Golf Course, a few miles outside of
Pullman, will become the home of a new restaurant this March.

“We saw an opportunity to hopefully create something the
community wants but only time will tell,” Harbour said.

Victoria Murray, executive director of Finance and
Administration at WSU, said the restaurant should open around the same time that
the golf season opens, which is in March. An exact date will not be set yet
because it is weather dependent.

She said the university released a request for
qualifications this summer to find a new restaurant for the golf course.
Roundtop Public House put their bid in. Harbour’s business partner, Wade
Dissmore, also owns Southfork in Pullman.

“They came in with the most lucrative deal for the
university,” Murray said. “I do want to say [Banyan’s on the Ridge] did a
fabulous job.”

Harbour said the minimum lease amount is $100,000 a year
and lasts five years. The lease was signed on Jan. 6.

The 8,000 square-foot building has about a 100-person
capacity with the addition of patio seating, he said.

The dishes will be inspired by street food from around
the world, Harbour said.

“Street food is meant to be eaten on the go,” he said.
“It’s a perfect marriage between the golf course and people grabbing something
after while headed out in their car.”

Murray said Harbour plans to give the space a “facelift”
that will include minor remodeling, adding a doorway and more counter space.

Harbour said the owners’ goal is to make the restaurant’s
price and atmosphere approachable.

There is a hill near the golf course that locals call
Roundtop, which is where the name for the restaurant comes from, he said.

“For those who’ve been around Pullman for a long time,
Roundtop means something,” Harbour said.

He wanted to use the term public house because he wants
people to know everyone is welcome.

Harbour said he thinks changing consumer behavior to
convince people to go out to the golf course all year round will be a
challenge.

The Banyans on the Ridge was open for 11 years at the
golf course. The owners will now operate an Italian eatery in downtown Pullman
called Oak on Main.

WSU opened the Palouse Ridge Golf Course as an 18-hole course in 2008, however, WSU operated a 9-hole golf course dating back to the 1930s.