New changes are made to Executive Policy 15, which addresses sexual misconduct 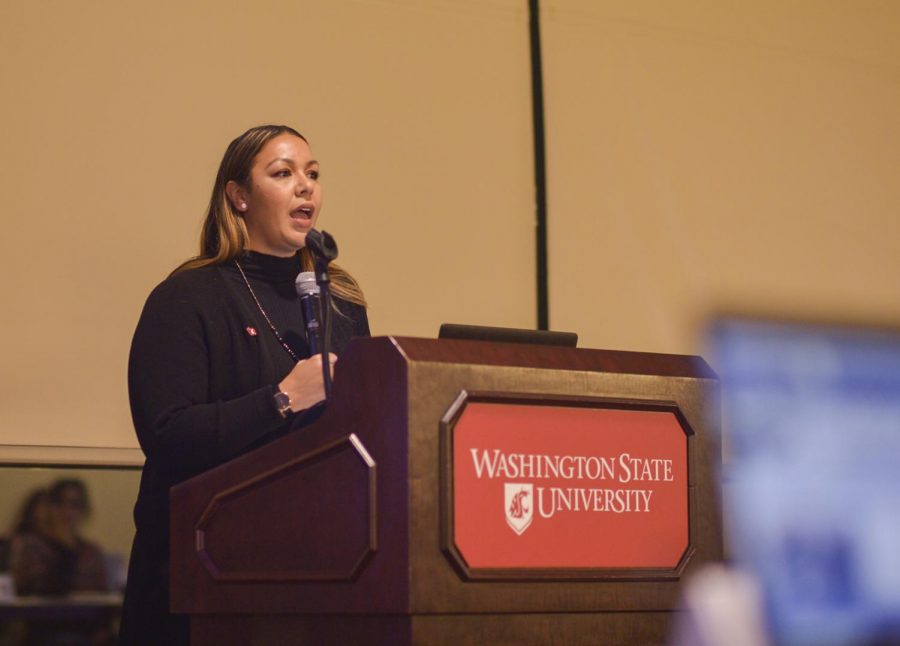 The Graduate School dean and the director of Civil Rights Compliance and Investigation (CRCI) fielded questions from GPSA senators during a meeting on Monday.

“We hear a lot more fear expressed from graduate students about reporting than we do from undergraduates,” she said. “Your career, your academic success is tied up in some of your mentors and your references.”

Askannejhad said CRCI worked with students, staff and faculty for two years to update the policy. Changes to the policy are under review now.

The updates include clarification about the investigation process with expanded definitions, Askannejhad said. There will be an appendix with examples of policy violations.

The clarifications also provide clearer language about the rights, roles and responsibilities of students, she said.

One of the barriers observed by CRCI staff was students did not want to report situations because they do not want to be involved in an investigation, Askannejhad said. Some behaviors need a formal investigation, while others can be investigated informally.

She said a student feedback committee meets every two months. CRCI also plans to review the policy every year to apply feedback from students, faculty and staff.

“This is not just one and done,” Askannejhad said. “It’ll be an ongoing conversation with students and staff.”

She said the review considered what information people need to know and if the policy is compliant with civil rights, laws and regulations.

Askannejhad said there are solutions for students who have concerns about discrimination that don’t result in an investigation. Those solutions can include moving graduate students to a different lab or having a dean provide a reference for a student applying for a job or program.

One GPSA senator asked what role the graduate school has in ensuring that CRCI policies are followed.

“In some ways, we don’t have a role in that,” Gloss said. “I don’t have control over the faculty.”

She said students should alert the graduate school about any problems and concerns.

Another senator asked Gloss what graduate students should do if their supervisor requires them to come into the lab despite WSU operations being closed like they were on Feb. 5.

Gloss said if the campus is closed, it is not fair or appropriate for those students to come to campus. She said to let her know if there is pushback.