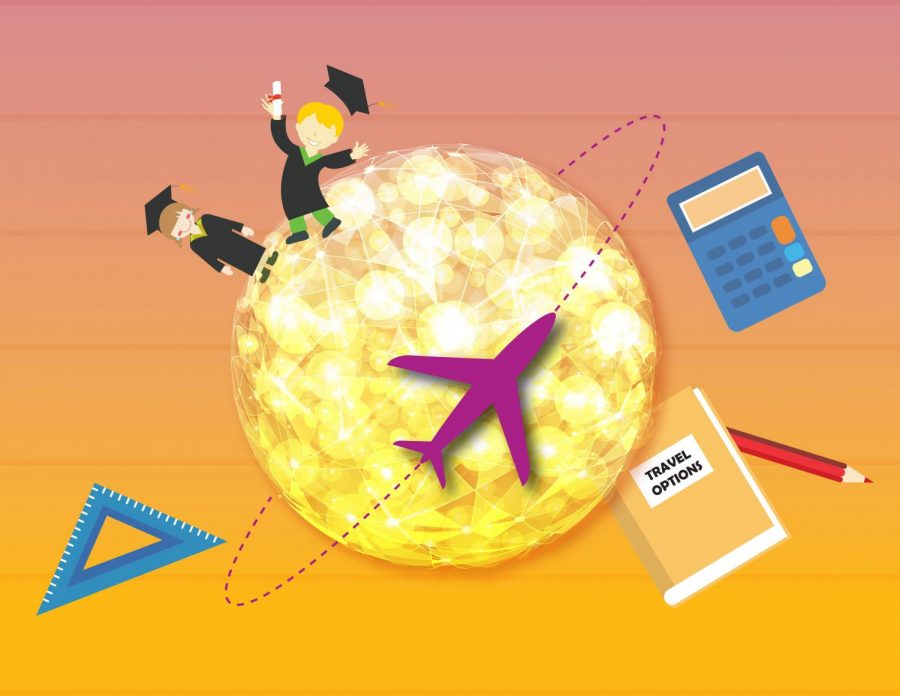 Sure, France might be a fun country to visit, but if you're really looking into finding a new experience try studying in a nation outside of Europe.

I’m in love with the idea of studying abroad. Immersing yourself in another culture and seeing your major, and hopefully your passion, from a different viewpoint is wildly interesting to me, and studying abroad is one of the main things I want to do before I graduate.

I’m not that in love with Europe though.

I’ll save my opinions on Europe for other people who don’t care but as an English major, my love for studying abroad and indifference to everyone’s favorite continent do somewhat conflict, because that’s where most of the opportunities are.

Europe must be everyone’s favorite continent. There are so
many study abroad options for it.

WSU has more options for studying abroad in France than it
does for all of Africa. And at first glance that might make sense since France
is a popular destination. But Africa is a continent. I think it’s safe to say,
regardless of your major, that there’s more to explore in the continent of
Africa than there is France.

And personally, I understand English is not the most
popular study abroad option. But it’s popular enough to have 212 European options.

Here’s the question: Why does Europe eclipse study abroad?
Why aren’t there as many options in other places?

Kelly Newlon, director of the office of international programs global learning department, said that study abroad programs are established when one of the colleges such as the Carson College of Business comes to them with a plan for a faculty-led program at another university. From there they hash out the academic value, budget, risk management, etc.

Often the reason some programs aren’t able to get off the ground floor is because of a lack of student interest, Newlon said.

“We have had programs travel with as few as three students
because we could make it work financially for that program,” Newlon said. “But
typically we would like to see a critical mass of 10 students going abroad for
the sake of faculty time spreading the overhead cost…to make that a
reasonable shared expense.”

So of course, there’s more programs in France than Africa.
More students are interested in going to France than anywhere in Africa. And
maybe next week I’ll write about why France is basic and everywhere else is
cool but, putting my elitist opinions aside for now, that’s where the interest
is.

It’s more than fair to say that’s why most study abroad
programs are in Europe. That makes sense. But does it have to be that way?

Adbulrahman Alenezi, majoring in psychology and material
science and engineering, said he is an international student from Kuwait who
came to expand his horizons and bring different ideas back to his country.

“Most
Americans…relate to Europe more than anywhere else in the world,” Alenzi said.
“And they would want to spend a long time in Europe studying and having fun
without having to worry.”

Alenezi said that WSU should send a survey to find out
which places students are interested in going and use that to help design
programs.

Sophomore data analysis major Freeman Chen said he thinks
cultural difference plays a big part in study abroad, and how cultures are portrayed
in the media. If students see K-pop or anime, they’ll want to go to South Korea
or Japan more, he said.

“The
K-pop is really hot right now…so students love to go to Korea. They love to
go to Japan because of the anime, because the food,” Chen said. “So it really
depends on how the media shows the culture to the citizens, and what kind of
material you show to them.”

And to be clear, I’m not trying to trash Europe and shame
you if you want to go to Europe. If it came off like that, that’s just because
I’m an a–hole.

But Europe and Australia and New Zealand and places like
that are likely to be more familiar to us Americans. So maybe consider other
places, suggest alternate opportunities to your professors, think about other
cultures. If studying abroad is, to you, the chance to immerse yourself in a
new culture, then think about cultures you don’t know that much about, and what
you could get out of them. Cultures that have different views and could expand
your horizon.

If you just want to go to Italy though then you’re completely valid.

Joel Kemegue is a creative writing major from Bellevue, Wash. He can be contacted at 335-1140 or at [email protected] The views expressed in this column do not necessarily represent the views of The Daily Evergreen, its editors or publishers.