Commission chose eight submissions for people to vote on, two will win prize 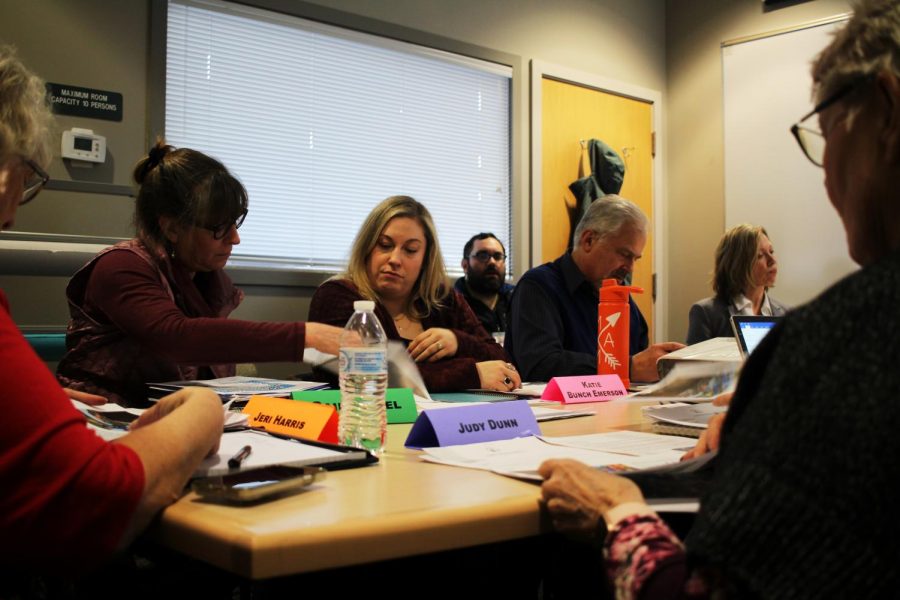 Facebook and Instagram users will soon be able to vote on
eight submitted art designs to decide which two will go on utility boxes in Pullman.

The Pullman Arts Commission narrowed 60 submissions from
community members down to eight during a meeting on Tuesday. The final two
designs are left up to voters.

The artists’ names will remain anonymous during the first
round of voting on social media at the commission’s request to avoid favoritism
for an individual artist among voters.

Arts Commission chair Jeri Harris said all the submissions
were great and it was difficult to choose only eight of them.

“As much as you like a submission, remember where they’re going
to be,” she said. “It’s going to be street traffic.”

She said they had to choose designs that would wrap on
utility boxes well and be easy for passing drivers to see.

The submissions will be available for view and to vote on
once the commission posts the poll on its Instagram and Facebook pages. They
will also be on display at Neill Public Library.

The winning designs will be revealed at this year’s Pullman
ArtFest and the winners will receive $100.

The commission is also looking for artists, businesses, food
vendors and performers for ArtFest, which will take place May 14-16. The
registration period will be available through March 31 once it opens.

Jennifer Hackman, Pullman economic development manager,
facilitated a discussion with the commission on how to incorporate art into the
city’s downtown plan.

She offered ideas such as filling vacant buildings and
unused spaces with art showings in windows and community art events in
locations like parks.

“If you’re sitting on an empty building and you don’t want
it to be vacant, if you put an installation in that window its going to create
attention around that space,” Hackman said.

Harris said Hackman gave the commission a lot to think about
but starting major art projects in the city is difficult because of the lack of
funding from the city.

Harris said the city council shut the commission down on
getting a major source of funding about seven years ago. She hopes this city
council will be more receptive to the idea, she said.

“Maybe it’s worth having another conversation,” Hackman
said.