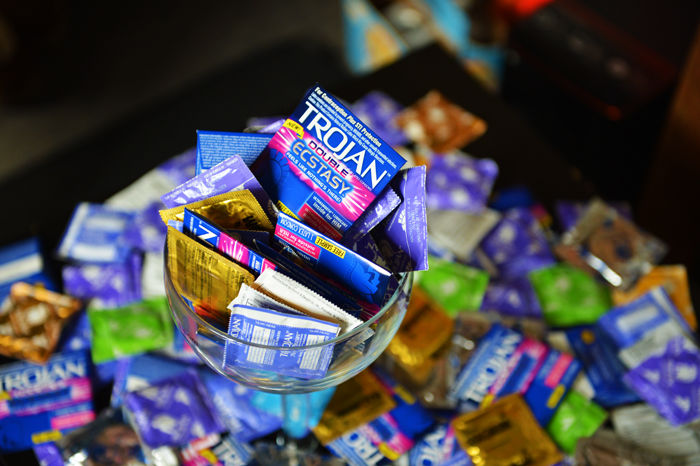 Almost all types of STDs have increased in Whitman County from 2015, with chlamydia being the most common at 227 reported cases in 2016 so far.

The percentage of almost all sexually transmitted diseases reported in Whitman County increased from 2015 to 2016, according to the county’s Public Health Department.

The most common STD reported in Whitman County is chlamydia, of which there were 210 cases reported in 2015 and 227 in 2016 so far, according to the public health department.

WSU is average compared to other American universities in regard to alcohol use, sexual health and stress levels, said Taylor Schwab, WSU health education coordinator.

“There is a large gap between what people perceive and what is actually true,” Schwab said.

Of WSU students surveyed, 67.7 percent reported drinking moderately, or 0-9 days, during a month-long period, Schwab said, while people assumed the number was 95 percent.

In a 2015 survey of 3,000 students at WSU, 51 percent of those students claiming to be sexually active said they did use a condom or other protective barrier almost always within the last 30 days, Schwab said.

There is some bias in the numbers, which aren’t completely perfect, but they give a good baseline, Schwab said.

In a 2014 survey of WSU students, 54 percent of those claiming to be sexually active said they did use a method of contraception for vaginal intercourse. In the 2015 survey, the number was 60 percent, while in 2016 it was 58.8 percent, Schwab said.

For students saying they used some kind of contraception, the number tends to stay within the 55-60 percent range, Schwab said, which is average.

30.1 percent of high school students claim to be sexually active, according to a June 2016 CDC report.

The report defined “sexually active” as having engaged in sexual intercourse with at least one person in the three months leading up to the survey.

Of the 30.1 percent of sexually active high school students, 56.9 percent said a condom had been used during last sexual intercourse, which indicates a decreasing trend from 63 percent in 2003.

Global and national rates for condom use may be going down, Schwab said, but the kind of resources needed to check are not available. WSU, he said, is still at about the same rate as other national universities.

As the health education coordinator, Schwab said that he oversees all things having to do with educating students about health issues ranging from sexual health to alcohol safety.