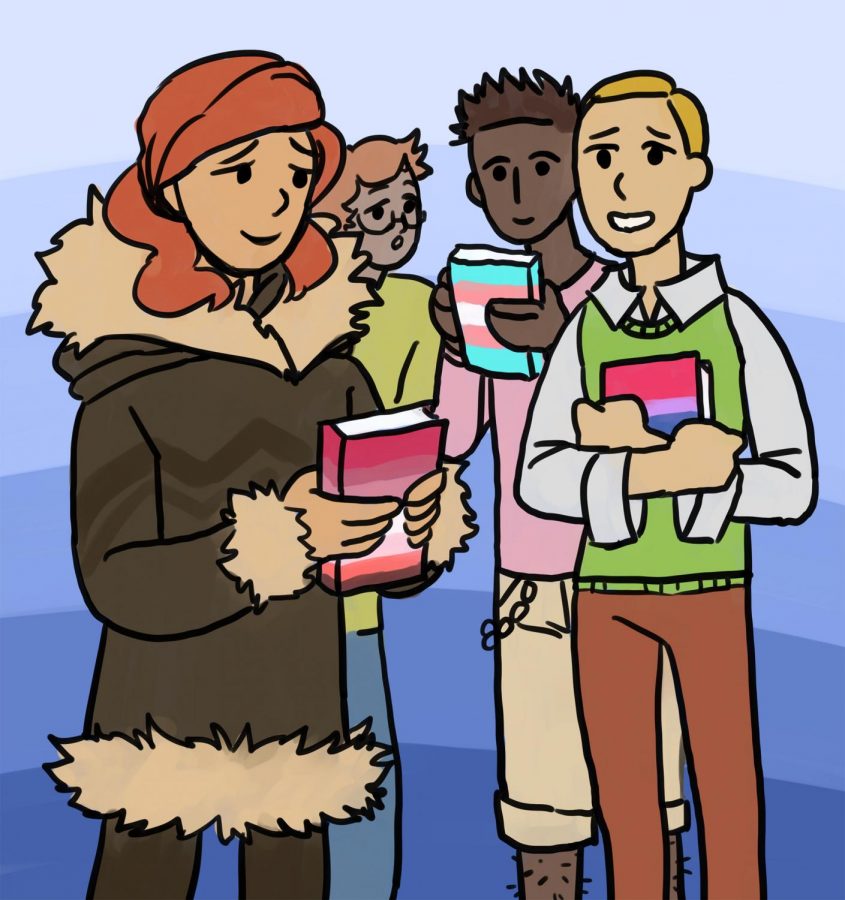 "My personality consists of books — books whose characters broke me down and whose words stitched me back together."

I adore books. To be dramatic: I am a human made up of ink prints and paper cuts. My personality consists of books — books whose characters broke me down and whose words stitched me back together. As a queer person of color, I have gotten to a point in my life where I do not like to consume media that is not diverse. This need doubles when it comes to books, especially because books cost more than a meal. I have compiled a list of LGBTQ+ young adult novels whose very existence has become part of my own. This list includes male, female, trans, and non-binary characters who find themselves, a family and sometimes someone to love.

“The Foxhole Court” by Nora Sakavic

This is the first book in the trilogy. Neil Josten is a
runaway who joins a collegiate team for a sport called Exy. Despite the murder,
mafia and cigarettes, Neil finds a family in his teammates and a “nothing” with
a murderous 5-foot blonde named Andrew Minyard.

“Lies We Tell Ourselves” by Robin Talley

In 1959, being black was really hard — still is. Being
black while integrating into a white school and also crushing on a female
columnist is even harder. During a project, Sarah Dunbar and Linda Hairston
begin to understand each other deeper than either girl expected.

The overwhelming urge to adopt this trans baby is
unavoidable. Grayson Sender imagines herself in the pastel, sparkly dresses she
draws on her school notes. While performing the role of Persephone, Grayson
embraces her identity.

“Georgia Peaches and other Forbidden Fruit” by Jaye Robin
Brown

Joanna “Jo” Gordon is asked by her father to hide her
sexuality after they move to a new town. However, Mary Carlson is far too pretty,
and Jo is far too into her to properly function. Jo explores her connection
with religion, Mary and her parents.

“Magnus Chase and the Gods of Asgard: The Sword of
Summer” by Rick Riordan

This is the first book in a trilogy. Norse demi-god
Magnus Chase is a dead, homeless, hot mess with a penchant for incredibly dry
sarcasm. He falls for genderfluid, child of Loki, Alex Fierro and their antics
are kept in check by axe-wielding Samirah al-Abbas.

“Symptoms of Being Human” by Jeff Garvin

Riley Cavanaugh, a genderfluid teen, is trying their
best. Riley runs a popular blog where they write about their identity. Ignoring
the bullying from their peers, Riley makes friends with a Star-Wars obsessed
Solo and a badass friend turned love interest Bec.

Tears will rain down into the pool of these boys’ character development and self-exploration. Mexican-American teens Aristotle “Ari” Mendoza and Dante Quintana meet at a pool and bond over their existential names and also kinda fully fall in love.