Mariposas Undocumented Alliance at the capitol 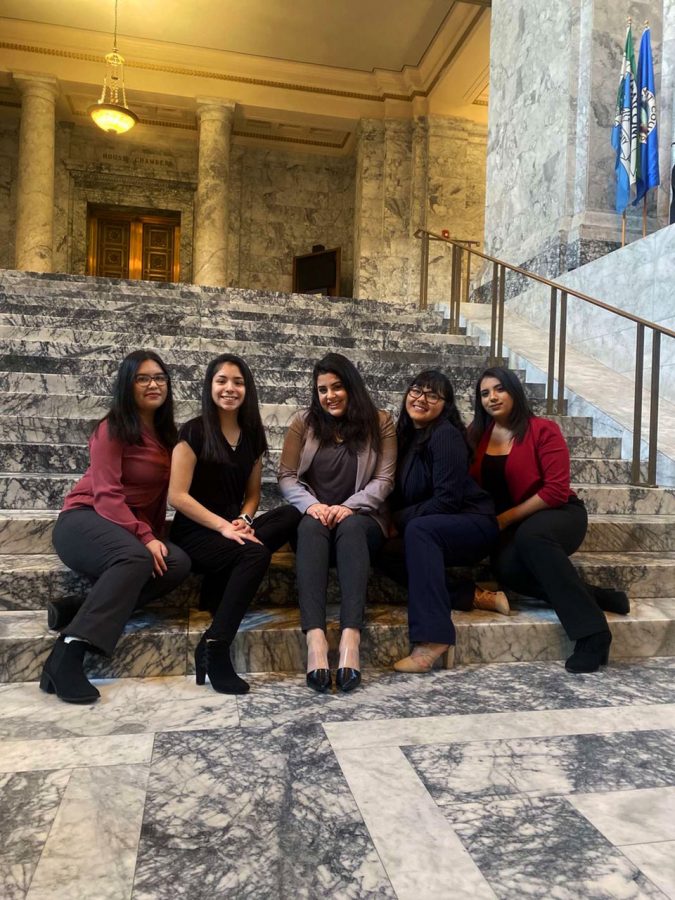 “I always grew
up with the mentality that education is the one thing they can’t take away from
you. They can take your rights, your property, but never the knowledge you acquire,” said Yuleidy Rodriguez,
a WSU junior political science major and member of the Mariposas Undocumented Alliance (MUA).

Rodriguez and
four other MUA members testified for Senate
Bill-6561 on Jan. 30 at Olympia for
Coug Day at the Capitol. The bill would enable undocumented students in the
state of Washington to have access to loans for undergraduate
and graduate degrees.

“For me, my
mother is everything and each day I see a powerful woman working multiple jobs,” she said. “Sometimes even 20-hour shifts during
the summer to put food on the table for me and my siblings and also to give us
the education we deserve.”

Rodriguez’s
parents moved to Yakima when
she was 2 years old due to poor economic
conditions. They hoped that moving to America would be the best move for their
future, she said.

She said her parents divorced when she was 5
years old. She was raised primarily by her mother who she considers the biggest
role model in her life, Rodriguez said.

Marcela Pattinson, director of Undocumented
Initiatives, said MUA members took initiative and approached her with the idea
about testifying. Pattinson said she wholeheartedly supported this and is proud
of the MUA members for speaking at the capitol.

“I am just here to put the infrastructure in
place and educate them about their rights,” she said. “In return the students
form the soul of the organization.”

She said WSU gave her a sense of belonging. Her
position gives her the opportunity to build programs and help students.

“There is so much independence in the
undocumented community,” she said. “All I wish for is that we work together as
a community.”

MUA is a student run organization on campus which
reaches out to undocumented students, she said. The group focuses on improving
leadership development and mental health.

Rodriguez said she actively participates in many
clubs on campus, but the one that is closest to her heart is MUA.

Mariposas is Spanish for butterflies, she said.
The name of the club signifies how the Monarch butterfly migrates from the
south to the north each year for better environmental conditions. This is a
metaphor a lot to the members of the MUA relate to since all of them migrated
from Mexico hoping for a better life, she said.

“I hope one day I am as powerful of a woman that
my mother was and make her proud of what I’ve become and the only way to
achieve that is by using the power of education,” Rodriguez said.