A streaming service called Kanopy is now available for library cardholders; similar to Hulu or Netflix 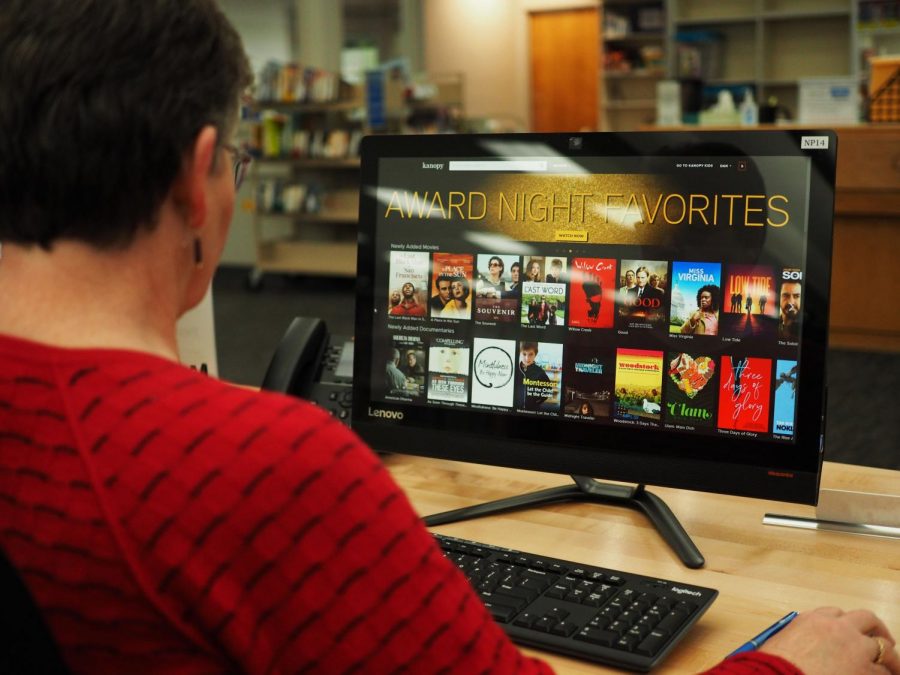 Neill Public Library plans to spend $4,000 on a new video-streaming service for library cardholders in 2020.

“Kanopy is a video-streaming service similar to Netflix, Hulu, or Amazon Prime,” librarian Dan Owens said. “It largely features things that are considered indie films [and] documentaries. There’s a large kids section — that is great for parents.”

Foreign films are also available to stream, he said.

Kanopy has been available for WSU students for several years, but NPL made it a resource available to all library cardholders, Owens said. Cardholders get five full-length features a month as well as unlimited access to the kids section, which features television programs produced by PBS.

“I’m very excited to use Kanopy for myself, it has all kinds of movies I’m interested in,” NPL employee Cheryl Greenstreet said.

Kanopy’s inclusion was funded by the Friends of Neill Public Library, a non-profit which supports NPL.

“It’s a little bit of a pilot project; to see what the demand is,” Owens said. “To see how it goes; is it well-used? Is it well-loved? Is it something the community really wants?”

Kanopy is available as an app on Android, iPhone and Roku. Kanopy can also be used through a web browser such as Google Chrome.

“There’s a variety of apps and ways to access it. For library patrons that are familiar with Netflix or Hulu or something like that, it’s very intuitive,” Owens said.

A major benefit to using Kanopy is that it makes many of the 5,000 films the library offers accessible from home, said Owens. “We’re trying it for one year at first, to see if it’s worth the $4,000 investment,” Owens said.

Owens said patrons have been grateful for Kanopy. He said NPL hopes to continue offering Kanopy in the upcoming years.