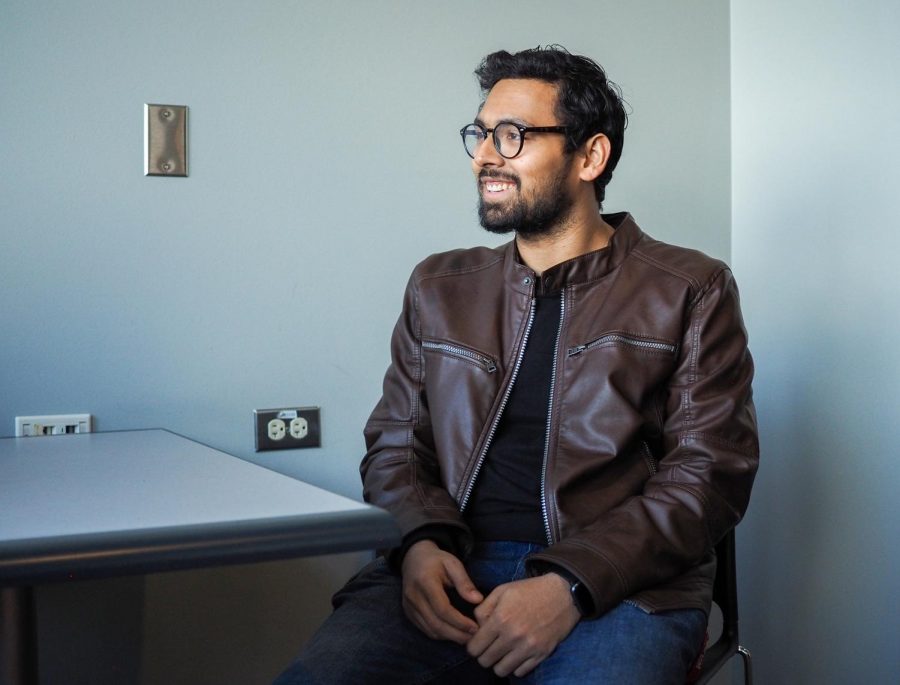 Rabayet Sadnan, President of Association for Bangladeshi Students & Scholars and third year electrical engineering graduate student, discusses the history of International Mother Language Day, the club's plan for that day, and the importance of celebrating diversity at WSU, on Wednesday afternoon at the CUB.

The Association for Bangladeshi Students & Scholars will hold a celebration including live performances and a meal in honor of International Mother Language Day this Saturday.

The holiday was founded by the United Nations Educational, Scientific and Cultural Organization in 1999 in remembrance of protests in East Pakistan, which is now Bangladesh, Billah said. The Pakistani government declared Urdu as the official language of Pakistan in 1948, which caused student protests held on Feb. 21, 1952. When protesters refused to leave, police shot and killed several students, which fueled demonstrations across the capital.

“No other country in the world has died for their mother language,” ABSS President Rabayet Sadnan said.

ABSS at WSU held its first celebration of the day in 2015, he said.

There will also be performances, he said, which may include dance, song and instrumentals.

Billah said last year there were performances from about eight countries including India and the Philippines.

“We’re organizing a platform to perform in their mother language,” Sadnan said.

He said he will perform songs with some of his friends. He bought a keyboard last year to teach himself how to play. Now, he can play songs like “Hey Jude” by The Beatles.

Food tickets will be sold for $5 at the door and in the CUB, he said.

The funds raised from the food tickets will go toward buying gifts for the performers and the cost of the event, Billah said.

Sadnan said some of the sponsors of the event include the International Students’ Council, ASWSU, GPSA and the Residence Hall Association.

The International Mother Language Day celebration will be held from 5-8 p.m. on Feb. 22 in the Chinook Student Center, Room 150.