Moscow woman is pink with a passion

Alison Jones spent a long time trying to find herself, now she wants to inspire others 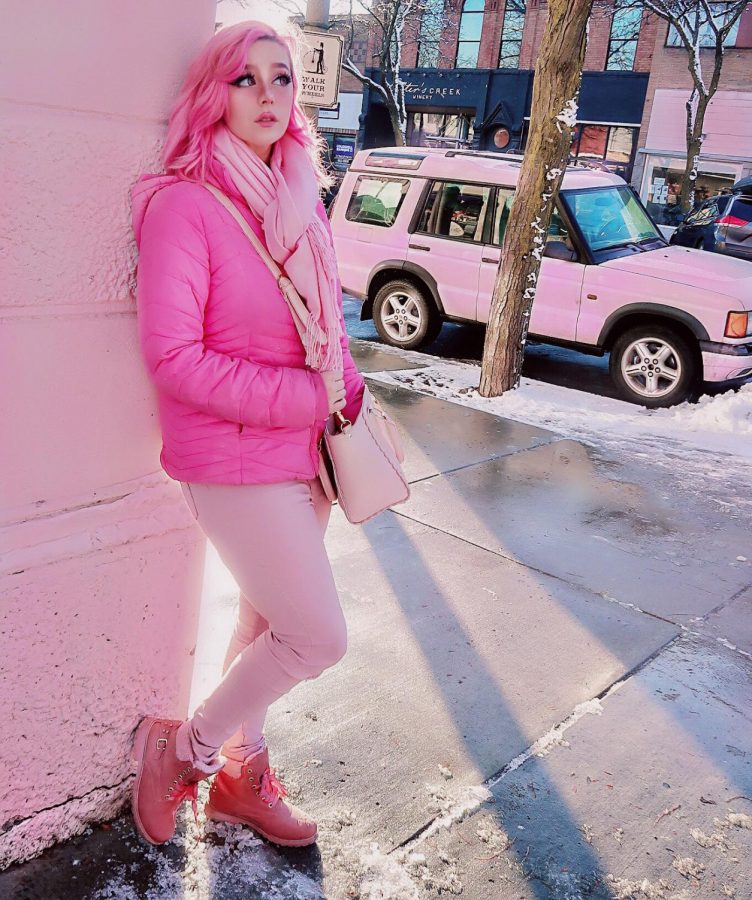 Jones said she tries to be an inspiration to young girls who are struggling to find their confidence and are looking for their own aesthetic. She views her choice to dress in all pink as a rebirth.

If Alison Jones could be summed up in one word, it would be pink. On her Instagram, @kawaiiconic.ali, she showcases her vivid personality — blending her individuality with her love of Japan and the color pink.

Jones, a 23-year-old University of Idaho student, said she tries to be an inspiration to young girls who are struggling to find their confidence and are looking for their own aesthetic.

“[When I think of Ali] I think of a pink and excited person … nice pink sunshine when you wake,” said Josephine Jones, Ali’s twin sister.

Jones was born and raised in Kenai, Alaska. Growing up, Jones was put through a lot of tough situations. Events in her childhood led to her developing social anxiety, which made it difficult to make friends, Jones said.

Six years ago, she started studying music at the University of Idaho. Jones said she was originally majoring in vocal performance, focusing on opera, but she felt there was something missing from the program.

She said her dreams and goals were held up in Tokyo, where she aspires to move one day. She wanted to learn Japanese but couldn’t through the music program, so she switched her major to art.

Jones said she hopes to get a day job in Japan teaching young kids English and is currently in the second stage of interviews. She also has modeling and design gigs lined up on the side.

Jones said she’s not scared to move to Tokyo. On her previous trips, she built connections with the people around her.

Josephine said she’s proud of her sister and is excited to see what more Ali will accomplish.

“I think it’s a dream come true for her,” Josephine said.

Jones dyed her hair pink in 2016 and has dressed in all pink ever since. She said she views her decision to go monochromatic as a rebirth.

She started her Instagram in 2017, following a Tokyo trip and the death of her mom.

However, it wasn’t until 2018 that her Instagram really kicked off and Jones was seen as a social media influencer.

“I just found this new love of life because it’s so damn short. You lose everything from that,” she said.

Jones said she built her platform from inside her home, spending up to six hours a day networking. This included liking and commenting on 500 posts each day and sending 40 direct messages.

Now, she is working with brands including Sugar Bear and Hot Topic, she’s taken part in a documentary featuring her and her sister and she was a featured story on the Snapchat discover page.

“Even though where we live is so small, you can build something bigger than yourself from your couch,” Jones said.

Being a social media influencer has been no easy task, but she believes if someone wants to be an influencer and sets their mind to it, they can do it.

“Anyone can do it. Literally anyone. Any body. Any person. Anything you want to represent as long as you are dedicated to your craft,” Jones said.