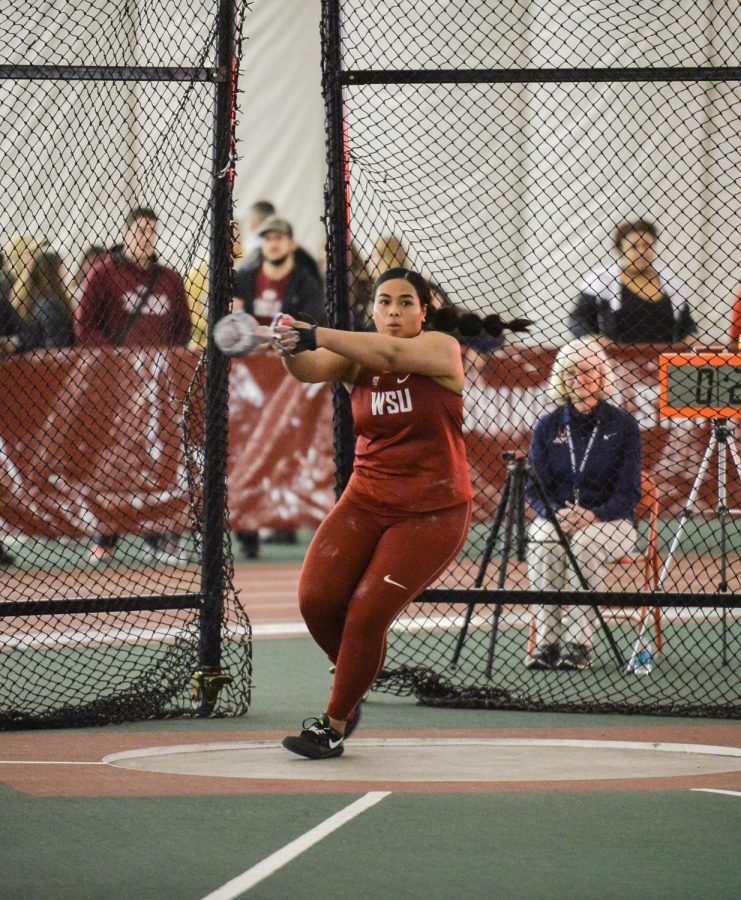 The WSU track and field team will compete in their last regular season action on Friday. The Cougars will split up again to compete in the Matador Qualifier at the Sports Performance Center in Lubbock, Texas and the Last Chance College Elite at Dempsey Indoor in Seattle.

These
will be the final meets for the Cougars before the Mountain Pacific Sports
Federation Indoor Championships in Seattle next week. The MPSF is the
conference that WSU competes in for indoor track and field.

Sophomore Charisma Taylor ranks fifth in the country according to athletic.net in the triple jump with a jump of 44 feet 2 3/4 inches, and she hopes to build on that historic feat.  She will compete in the triple jump and the 60m hurdles at the Matador Qualifier at 7:30 p.m. and 6:20 p.m.

Freshman Leonie Reuter will compete in the high jump at the Matador Qualifier as she looks to improve on her second place, personal-record setting performance from last week. The high jump will take place at 5 p.m.

Jacobson’s teammate senior Sam Brixey finished first last week in the 60m hurdles with a time of 7.72 seconds. He hopes to repeat his performance this weekend in the Matador Qualifier in the event at 7:45 p.m.

The
Cougars will send 19 of their athletes to the Last Chance College Elite in
Seattle.

Senior Kaili Keefe and junior twin sisters Zorana and Jelena Grujic will run in the mile and 800m events at 4:50 p.m. and 5:55 p.m. respectively.

WSU
will send two throwers to Seattle in freshman Faimalie Sale and senior
Chrisshnay Brown. Sale will compete in the weight throw at 2 p.m. and Brown
will participate in the shot put at around 5 p.m.

The
Cougars will also have six runners, led by redshirt junior Colton Johnsen, compete
in the mile event at 4:57 p.m.