Women try to teach one another about cultures, languages; coach from Vietnam 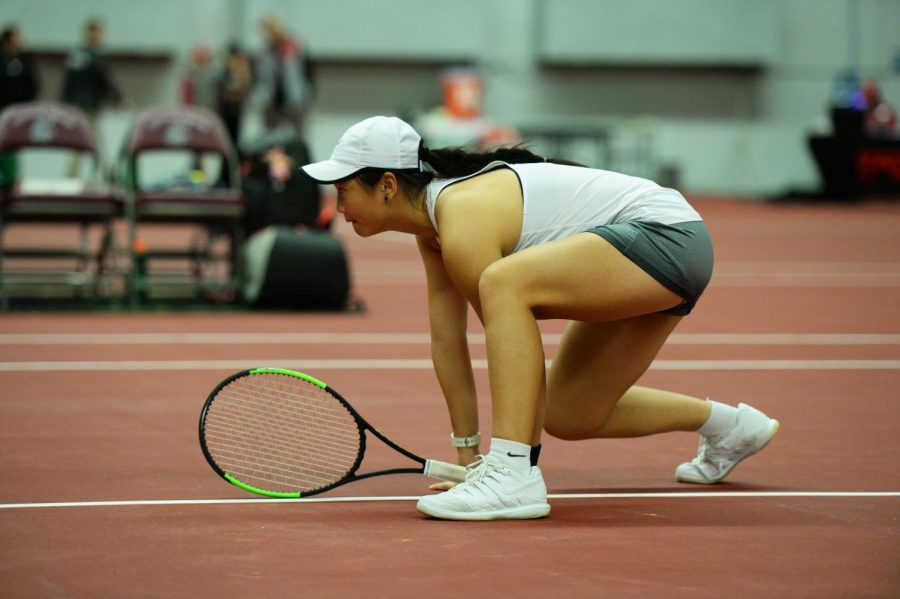 WSU’s tennis players have traveled an average of almost
5,000 miles from their hometowns to Pullman in order to form a roster that has
gone 6-1 so far this season.

The nine players on the roster are each from a different
country that are spread out across three different continents: North America,
Europe and Asia. Some of the athletes’ home countries include Belgium, Cyprus,
Japan, Taiwan and Thailand.

This is not the first WSU tennis team to be so diverse. Head coach Lisa Hart has always had a fair number of international players and is actually coaching her first American player since the 2013-2014 season, according to the WSU Athletics website.

Maddie Egan is a freshman from Puyallup, Washington, and attended Rogers High School. Egan had 12 varsity letters in high school and was named Washington State Tennis Player of the Year by the Tacoma Athletic Commission in 2018.

“I don’t think of it as being the only player from the U.S.,” Egan said. “I don’t really feel like an outsider … it just feels like we’re all international.”

The team tries to make
the best out of what they have, as the women are always trying to teach each
other about their different cultures and languages. Egan said that she plans to
visit some of her teammates once they go back home for the summer.

Canadian sophomore
Savanna Ly-Nguyen said communicating can sometimes be difficult due to the
language differences.

“I try to help everyone
because English is my first language,” Ly-Nguyen said.

The diversity of the team goes beyond the players, as assistant coach Trang Huynh is a native of Ho Chi Minh City, Vietnam. Huynh, a former player at WSU, won 32 singles matches in her lone season as a Cougar in the 2015-2016 season. Those 32 singles wins are tied for the third most in WSU single-season history, according to the website.

“There are different
perspectives on how cultures work. I think everyone does a great job bringing
the most possible stuff they can to the team,” Huynh said. “We’re always loving
each other and a very close group of girls.”

Hart is currently in her 17th season as head coach of the team. Hart’s long list of accolades at WSU includes her 221 career victories coming into this season, three trips to the NCAA Championships and she coached four players in the NCAA Singles Championships, according to the WSU athletics website.

Hart played tennis at the University of Nebraska, where she was the 1995 Big Eight Freshman of the Year and recorded 74 career singles victories, according to the website.

Hart’s achievements in the WSU community include four Community Service Awards from the United States Tennis Association and the Intercollegiate Tennis Association. She was also the 2008 national winner of the USTA and ITA Community Outreach Award, according to the website.

Hart, with the help of Huynh, spends her offseason recruiting players for the next season. She said she starts her recruiting process in the U.S. and then branches out to look at international players.

“We
just try and find the very best players wherever they happen to be,” Hart said.

The
Cougars have been led this season by captain and senior Melisa Ates from Antalya,
Turkey, and junior Michaela Bayerlova from Krumbach, Germany.

Both
the athletes and coaches do not see any negatives that come out of how diverse
their team is; it just takes some extra patience.

“I
don’t know any negatives,” Hart said. “I think the only thing is that it takes
more time, more team building, more being willing to understand each other and
being more open.”

Some of the languages that athletes on the team speak include Dutch, Greek, Mandarin, Thai and Turkish.

“We all connect in our different ways,” Egan
said.