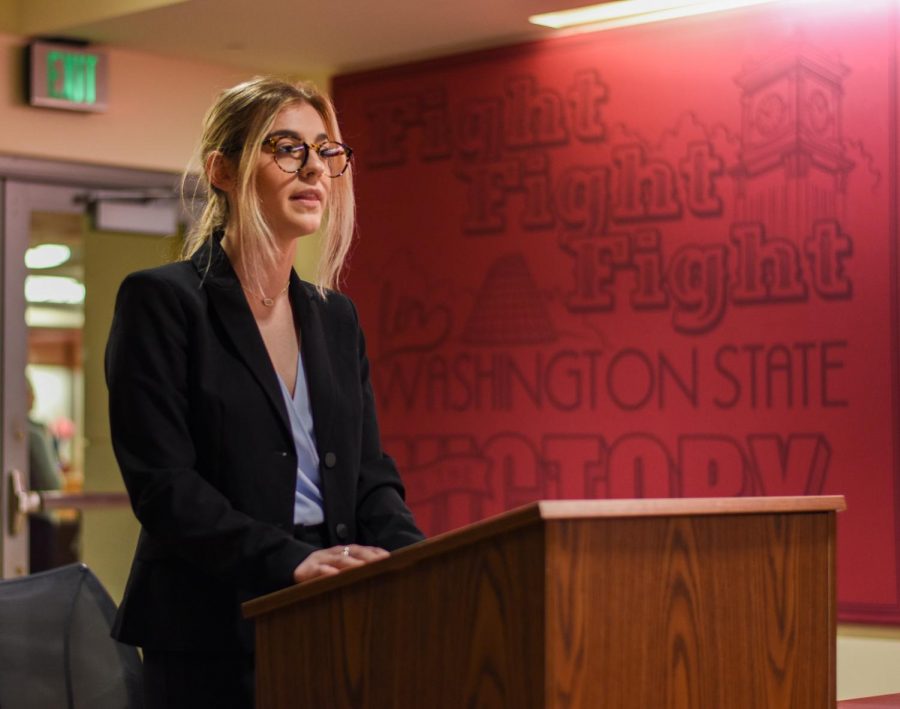 The ASWSU Senate meeting opened with a testimony from a representative of the executive staff asking the senate to confirm a four-person ASWSU Communications Department.

Ally Carney, associate justice of the ASWSU Judicial Board, said ASWSU President Quinton Berkompas had the right to include another director of communications. The president may also create additional positions as long as they adhere to the list of positions which are approved by the ASWSU Senate, she said.

The senate approved and denied applicants for the communications department. After calling for a 10-minute private executive session, the senate denied the confirmation of Eric Martinez as director of communications.

Senator Hannah Martian revisited Martinez’s application for the position and asked why he responded with “I’m a boss,” to the question of why he wanted the executive position.

Martinez said he considered filling out the application a waste of time.

Martinez said he would still remain a part of the communications department’s team.

The senate confirmed Farrin Johnson, WSU junior majoring in advertising, as the director of communications.

Farrin said she was qualified for the position because she has several accomplishments which include being vice president of public relations for her sorority chapter. Farrin has also worked with small businesses to build websites and run social media accounts.

“I think this is someone determined to lead this branch,” Martian said.

Zachary Mora, WSU sophomore double majoring in communication and technology as well as public relations, was confirmed as deputy director of communications.

After determining the executive positions of the communications team, Resolution 49-13 was passed.

Instead of plastic bags, The Bookie would switch to paper bags or reusable totes which will be available for purchase and could cost $0.64 to $2.04 depending on the size of the bag and whether it has a WSU logo.

This article has been updated to correct the title of Farrin Johnson in the photo caption.