Don't think too much about the ethics of stealing; it's just so fun 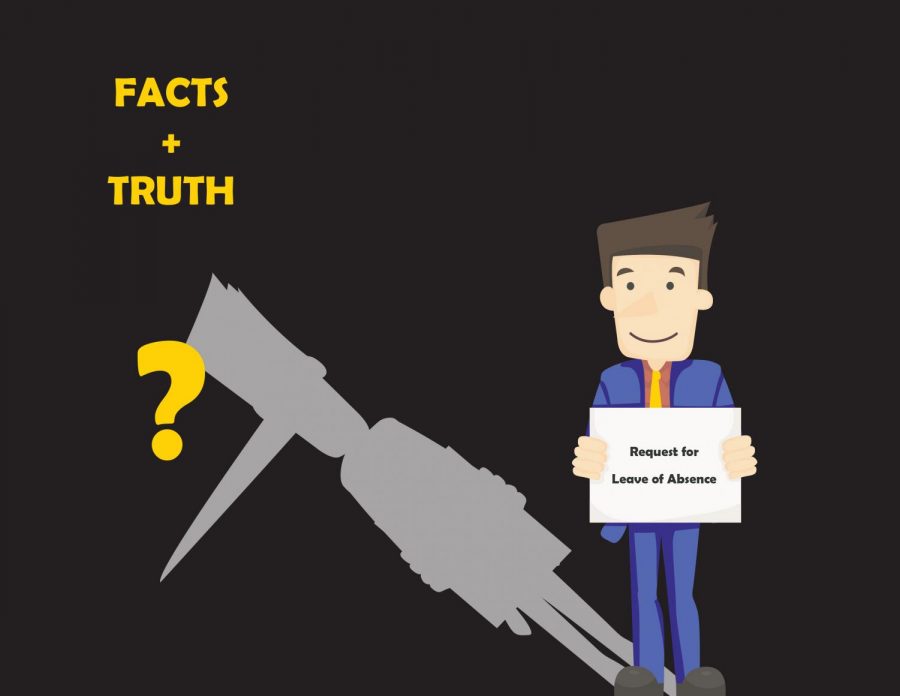 Time to up your game from just nabbing sauces from the dining halls, go line your pockets!

Several faculty and staff members were caught
embezzling money from WSU by claiming hours that were not actually worked,
according to Ernie Madoff, the official spokesman for WSU, home of the overpaid
administrative vacation.

“We have to send the message that misuse of
university funds is never OK,” Madoff said, lighting a Havana cigar with a $20
bill. “These staff members have already been spoken to, and we’re on track to
getting all the money back into the right hands.”

The issue first became public knowledge when
Sidney Coinstar, one of WSU’s accountants, noticed an imbalance in the faculty
payroll funds.

“Well, I was doing what I always do — tying a string to my finger and pulling my quarter out of the vending machine really quick so I could get a free bag of chips — when I realized sub column B and line A17 didn’t add up,” Coinstar said. “In fact, there was a $100,000 discrepancy in the books!”

Coinstar said he went straight to Madoff to ask
about the issue.

“He sort of gave me the cold shoulder, and didn’t
actually explain to me why the discrepancy was there, so I rolled up my sleeves
and did some digging,” Coinstar said.

He found several gross misuses of faculty funds, in addition to the hours not worked, including an all-expenses-paid trip to Hawaii for “team-building,” a limousine ride featuring 20 bottles of Dom Perignon champagne and an undisclosed amount of money spent at a Vegas establishment known as “Tom’s Titty Emporium.”

“No idea what that last one could be,” Coinstar
said, rolling his eyes back so far one actually got stuck facing the back of
his eye socket.

I questioned several faculty members about the
misappropriation of funds, specifically with regards to a bout of 2015
debauchery known as the “WSU STAFF BACHELOR$ WEEKEND BOYZ ONLY NO WIVES NO
SHIRTS NO RULEZZZZ,” according to a text sent from political science professor
Jimmy Hennessy’s phone in April of 2015.

“Well, the thing is — LOOK OVER THERE A DOG OR MAYBE AN ICE CREAM TRUCK,” said Madoff, darting behind a bush when asked to comment.

“Look, you have to understand that — JESUS CHRIST I’M HAVING A HEART ATTACK GOTTA GO,” Melendez said when asked about the abuse of funds.

The problem, it seemed to me, didn’t necessarily
lie with staff padding their hours to skim extra off the top, though that is
absolutely a problem that needs to be dealt with. The problem was the flagrant
abuse of WSU funds to finance boondoggle vacations, staff retreats and general
tomfoolery.

Eventually, however, Melendez and Madoff eventually agreed to speak with me — in the basement floor of Johnson Tower. At midnight.

“Look, we just want to make sure staff feels they’re cared for and treated with respect on campus, and if we have to grease some palms to do that, then maybe you motherf*ckers at the Evergreen should stop critiquing the way us fellas do f*ckin’ business, capice?” Madoff said, waving around a Louisville Slugger baseball bat. “And ‘dis is off da f*ckin’ record, right, paisan? Or do I have to turn your face into f*ckin’ gabagool?”

As an opinion columnist, I’ve had my fair share
of irate readers, but Madoff’s Goodfellas impersonation took the cake for most
threatening.

“What my associate means to say,” Melendez said, “is that the funds and funding policies of the upper divisions of WSU staff are none of your concern. I run a legitimate business enterprise, and there is no room for rats.”

Given that I don’t remember much after that, except for a very large bump on my head and a bout of temporary amnesia, I’m assuming the interview ended poorly. Regardless, a critique of the funding practices of the WSU administration must be made. Students and staff deserve better than public record pictures of lavish Fiji vacations and second tier New Orleans pole dancers. Despite ruffled feathers, I firmly believe critiquing the spending of WSU administration is the right thing to do.