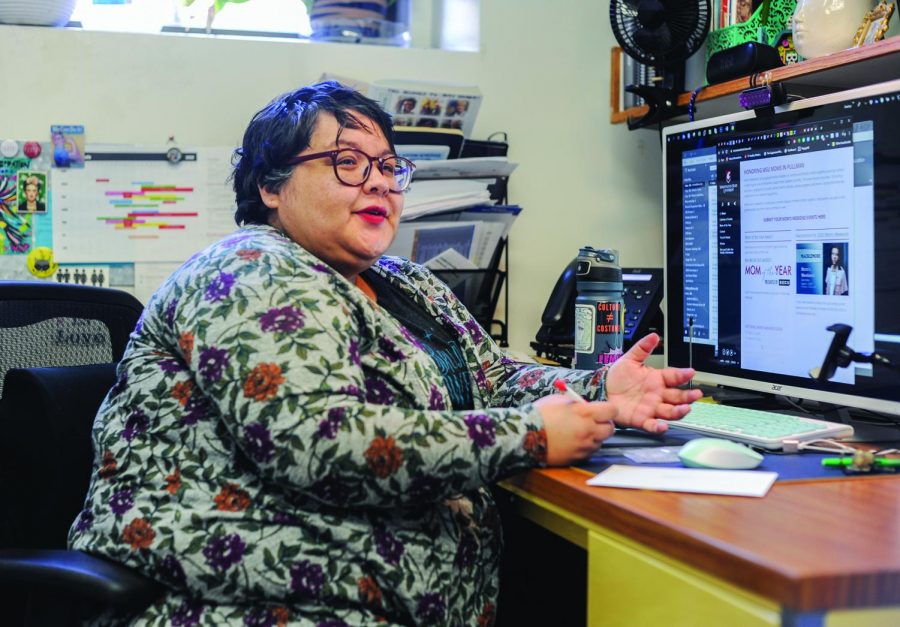 Amy Sharp, Director of Women's Center, highlights the significance of the Mom of the Year award and what it entails in an interview on Monday at Wilson Short Hall.

The Division of Student Affairs is holding its annual Mom of the Year event as part of Mom’s Weekend to honor moms who have helped students in their academic journey. The event is sponsored by BECU.

Kim Holapa, associate vice president of WSU’s External Engagement and Strategic Initiatives, said the event gives families an opportunity to celebrate how their moms have supported their students while attending WSU.

The event will consist of a brunch where the Mom of the Year winner will be announced, Holapa said.The winner will get a plaque, receive recognition and spend time with other nominated moms, she said. WSU President Kirk Schulz and a representative from BECU will speak at the event.

Amy Sharp, Women*s Center director, said current WSU students can nominate their mom, mother figure or legal guardian for Mom of the Year by submitting an application to the Mom’s Weekend website.

The Coalition of Women Students will decide the winner after the nominees are narrowed down to the top four moms, Sharp said.

She said the Coalition of Women Students is made up of about eight different organizations. This includes the Association of Pacific and Asian Women, Black Women’s Caucus, Generation Action, Men for Social Change, Mujeres Unidas, Native American Women’s Association, Queer Intersections Association and YWCA at WSU. So far, there have been about 95 people who have been nominated, Sharp said.

Rose Santos, real estate broker for Skyline Properties, said she was nominated by her daughter for the 2019 Mom of the Year.

“I emphasize how important education is,” she said.

“I was excited and a little bit humbled that I was picked,” she said.

Initially, she thought it was a scam. However, when her daughter told her it was not a scam, she realized her daughter was not kidding.

Sharp said Mom of the Year was put together to honor those who have put the time and effort to raising their children. She said it is hard to choose a winner.

“It makes it really hard because all their stories are beautiful,” she said.