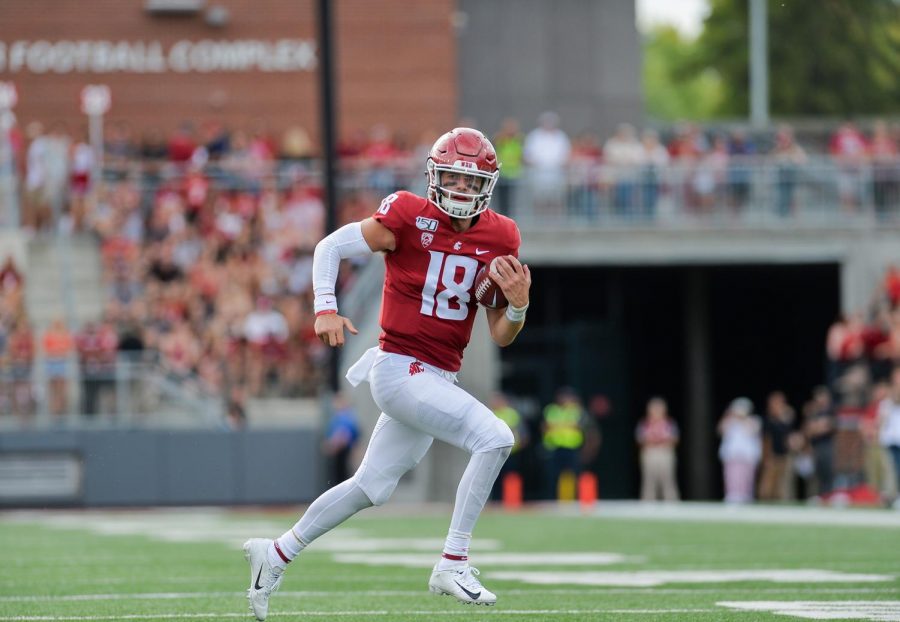 Redshirt senior quarterback Anthony Gordon runs with the ball during the game against UNC Nov. 7.

Two players will be representing WSU at the NFL Scouting Combine this weekend. Quarterback Anthony Gordon and wide receiver Dezmon Patmon will both be at Lucas Oil Stadium in Indianapolis, Indiana, to show scouts that they deserve to hear their name called at the NFL draft.

The combine is no stranger to having Cougars in attendance.
Since 2011, 17 WSU players have participated in the combine.

Gordon will be the fourth WSU quarterback in the past
ten years to make it to the combine. Patmon’s inclusion in the event will make
it five wide receivers in that same span.

The Cougars have sent a player to Indianapolis in nine
out of the 10 editions of the event since 2011. The only year the combine has
been Cougar-less in that period was 2012, meaning WSU is on an eight-year streak
of sending players to the annual talent showcase.

Of the 17 Cougars to attend the combine, 10 of them
have gone on to be drafted in that year’s draft. Two of the players heard their
name called in the first round: safety Deone Buchanan in 2014 and offensive
lineman Andre Dillard in 2019. 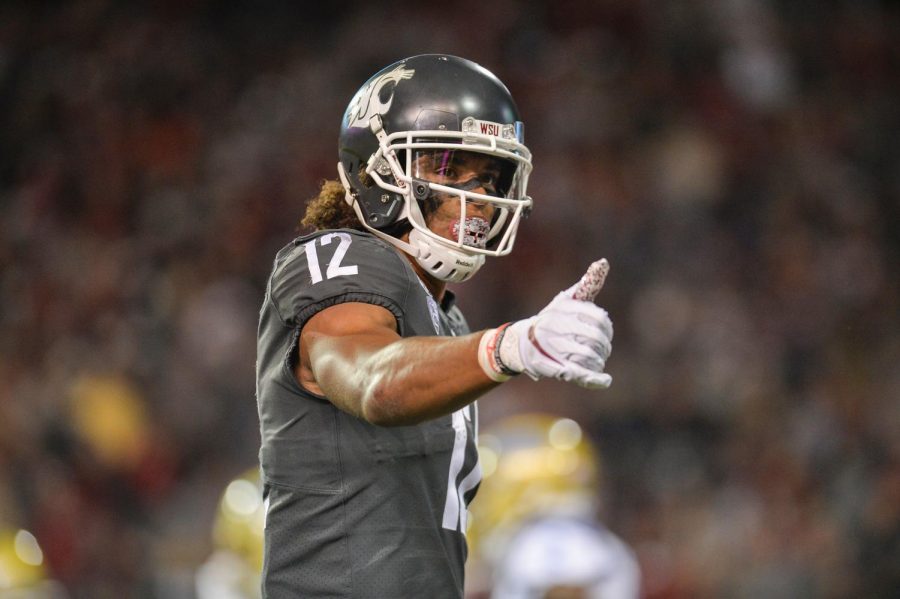 Buchanan proved his first-round status by being one of
the best performers in his draft class. He finished in the top three in five of
the seven combine drills.

His best performance came in the broad jump; he
finished second out of all safeties with a jump of 10 feet 5 inches. That mark put
him in the top 30 out of over 330 players invited to the combine.

He also stood out in the 40-yard dash, bench press,
vertical jump, and 3-cone drill, finishing third in his position group for each
drill.

He finished very close to the top performer in the 40
and the vertical jump. Buchanan ran a 4.49 second 40-yard dash, just 0.07
seconds behind top safety performer Terrence Brooks from Florida State. Buchanan
also recorded a vertical jump of 36.5 inches, only an inch and a half behind
Brooks and Mo Alexander from Utah State who tied for first in the event.

More recently, Dillard left his mark in Indianapolis. By
the end of the combine he was regarded as one of the most athletic linemen in
the class.

He was one of the 13 linemen, offensive or defensive,
to break five seconds in the 40 and one of the five over 300 pounds to do so.
He ran a 4.96, good for fourth fastest among offensive linemen.

Dillard had the best performance for an offensive lineman
in two of the other drills. He had a 9-foot 10-inch jump in the broad jump and
ran the 20-yard shuttle in 4.4 seconds.

His performance in the broad jump is the second-best
mark for an offensive lineman in the decade. His 20-yard shuttle time tied him
for sixth in the event for offensive linemen in the same span.

WSU has sent more wide receivers to the combine over the past 10 years than any other position. When Patmon competes in Indianapolis he will join Marquess Wilson in 2013, Vince Mayle in 2015, Gabe Marks in 2017 and Tavares Martin in 2018.

Speed has not been the biggest point of success at the combine for Cougar wideouts. None of the previous four have broken 4.5 seconds in the 40-yard dash. Wilson ran the fastest in the event with a 4.51, and Marks had a time near that with a 4.56.

Martin ran the slowest 40 with a time of 4.8, the
slowest for a wide receiver that year. Patmon is almost guaranteed to run
faster than Martin and avoid being the slowest Cougar receiver.

None of the WSU wideouts were regarded as standouts in
their class but a few of them had great performances in individual events.

Wilson’s best result came in the 3-cone drill; he ran it
in 6.65 seconds. That mark put him behind only T.J. Moe from Missouri for
fastest time at the position. He also finished with the fourth best time out of
all combine participants.

Another top-10 performance came from Mayle in the 20-yard
shuttle. He finished tied for 10th in his position group with 4.13 seconds.

The position group with the second-most participants
from WSU over the past 10 years is quarterback.

Gordon will make it three years in a row that a WSU
signal caller will attend the combine. He will join Gardner Minshew in 2019,
Luke Falk in 2018 and Connor Halliday in 2015.

The combine drills are not as important for quarterbacks,
but the Cougars still performed well in their events.

Both quarterbacks who ran the 40, Minshew and Halliday, broke the five-second mark. Halliday ran a 4.87, putting him in the top 10 in his position group and Minshew ran a 4.97, good for 14th in his class.

The 40 was the only drill Halliday participated in.
Falk did not run in the 40 and only participated in the vertical and broad
jumps. He performed better in the broad jump, recording an 8-foot 7-inch jump
that placed him 14th in his position group.

Minshew worked out in the most drills, participating
in all of them except the bench press. He finished 12th or better in the other
four drills.

His best performance came in the vertical jump where
he tied for third with a jump of 33.5 inches. He also finished tied for fourth
in the broad jump with a jump of 9 feet 8 inches and ninth in the 3-cone drill
with 7.14 seconds.