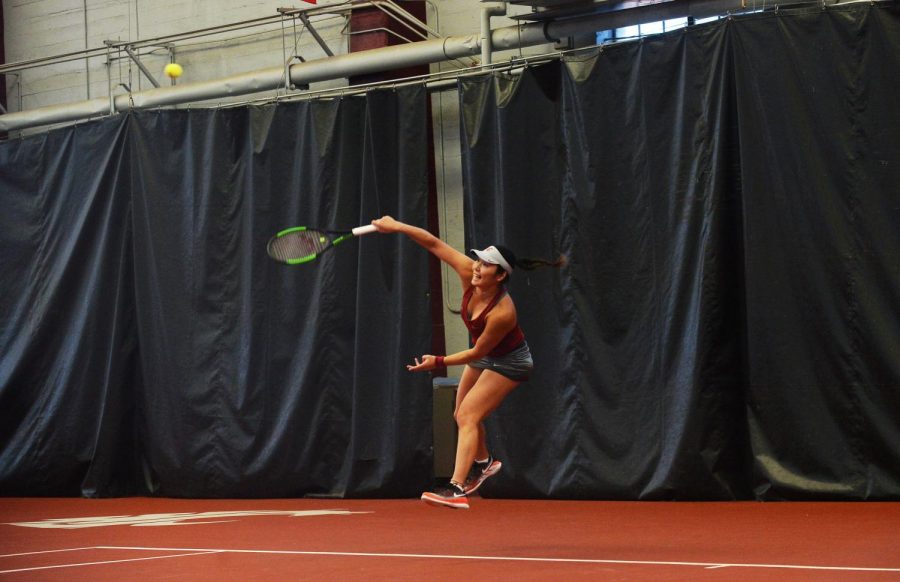 WSU’s match against San Diego will start at 1:30 p.m. today.

The WSU tennis team will stay on the road to take on University of San Diego today and University of California, Santa Barbara on Saturday.

WSU’s national rank fell nine spots to 43rd after its loss to now-No. 21 Columbia University, according to the Intercollegiate Tennis Association. San Diego (5-3) came from out of nowhere to go from unranked to 32nd in the nation.

The Cougars are coming off a 7-0 victory over Fordham University in New York City. WSU will have to travel back across the country to meet San Diego and Santa Barbara.

Both WSU’s losses have come on the road this season, falling to then-No. 1 Stanford University and Columbia University.

The Cougars will play against an experienced Santa Barbara (4-5) team on Saturday, as none of their eight players are freshmen. Santa Barbara will come into the match with a two-match win streak.

San Diego’s Colling has achieved a lot in her two years at USD. She has been named an All-American in singles, the West Coast Conference Freshman of the Year and advanced to the round of 16 in the NCAA singles tournament, according to San Diego’s athletics website.

After their matches this weekend, WSU will come back home to start conference play against University of Colorado, Boulder on Friday and University of Utah on March 8.

WSU’s match against San Diego will start at 1:30 p.m. today.