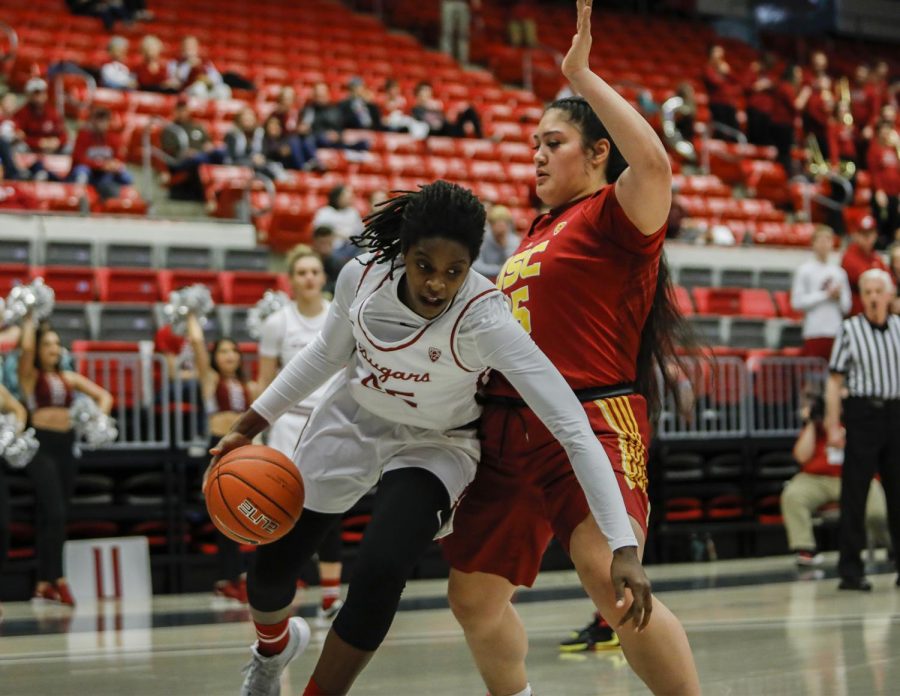 Redshirt junior
Destiny Slocum added 17 points on 5-13 shooting for the Beavers. She had a
well-rounded performance totaling five rebounds and five assists too.

At the break WSU had
three players in double-figures and led Oregon State 36-35.

Sophomore forward Ula
Motuga had 11 points in the first half and her presence was felt on the
defensive end as she had two blocks.

Junior guard Aleah
Goodman had the hot hand in the opening half for the Beavers. She had 13 points
at the break and was 3-4 from beyond the arc.

The Cougars shot 64 percent from the field while the Beavers shot 40 percent, but the discrepancy from the free throw line kept Oregon State in the game.

The Beavers attempted
11 free throws by halftime while the Cougars had attempted two.

Neither team excelled from beyond the arc but they both benefited from the free-throw line. WSU shot 9-10 from the free throw line and OSU shot 15-19.

WSU has one loss left to spare as its regular season conference play has wrapped up and the Pac-12 tournament starts on Thursday in Las Vegas, Nevada.

The Cougars are projected to play Oregon State University at 8:30 p.m., and the game can be viewed on the Pac-12 Networks.