Books are ‘an engine for empathy’ 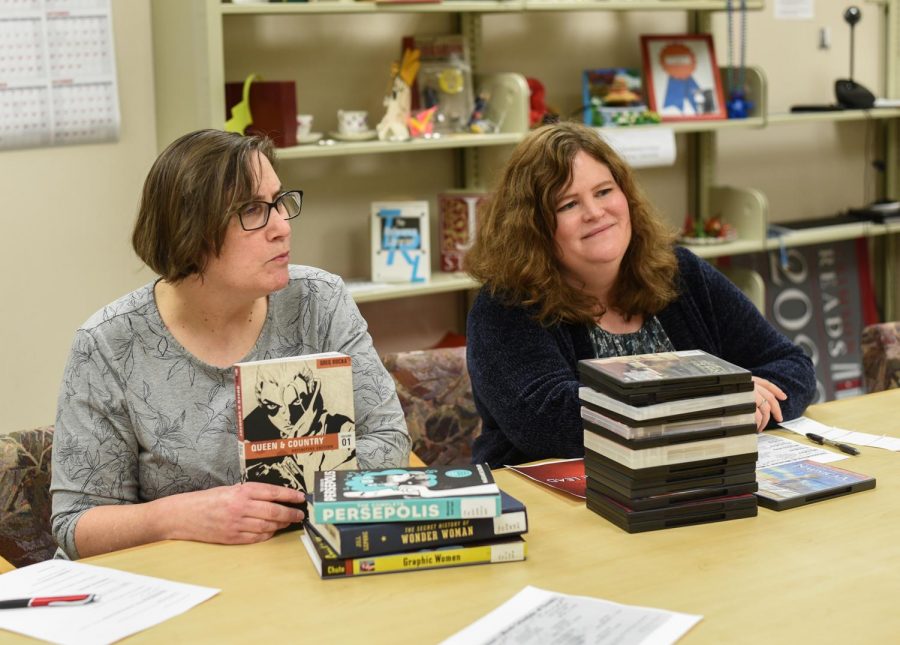 “The thing about books is they are so powerful, yet they are an engine for empathy,” said Lorena O’English, a social sciences librarian at Holland and Terrell Libraries.

Books that put women on the forefront, such as “The Secret History of Wonder Woman” and “Jane Eyre,” will be on display this month at the Terrell Library in honor of International Women’s Day.

The display, “Strong Female Leads in Literature and Film,” can be viewed during regular library operating hours until March 31 at the Terrell Library Atrium.

If students see a book that interests them, they can check it out just like any other book, O’English said.

Nicol said the collection will include great literature, but will not have all classics like “Pride and Prejudice.”

The collection will also include childhood favorites, such as “Harriet the Spy” and more modern titles such as “Persepolis.”

Each book will have a bookmark with information about International Women’s Day. The bookmarks were created by O’English.

Nicol said the display includes signage which follows the example set by Netflix because it suggests specific genres like TV series with strong female leads.

O’English said she and Nicol struggled with the name for the exhibit but decided to use the title “Strong Female Leads in Literature and Film.”

They chose the word female instead of women because the books and films relate to both girls and women, O’English said.

She said she enjoys reading comics. One of her favorite comic books,“Queen & Country” written by Greg Rucka is included in the collection. The book has a female lead and follows a plot similar to a James Bond movie.

Nicol said one of her favorites from the collection is a historical TV mini series called “The White Queen.” The series revolves around a leading character who becomes the Queen of England and has to protect her family. Only a touch of magic is involved, Nicol said.

The library has participated in International Women’s Day for the past three years, Nicol said.

In the past, the library has set up a visual-focused display, but this year is centered on providing more books for students to check out with female character leads, O’English said.

Nicol said this year’s display is a passive program as opposed to the other International Women’s Day events, such as Zumba or social events.

“It’s really good to break out of your genre,” O’English said. “There really is value to taking a little time out of your day to relax and put yourself in someone else’s shoes.”