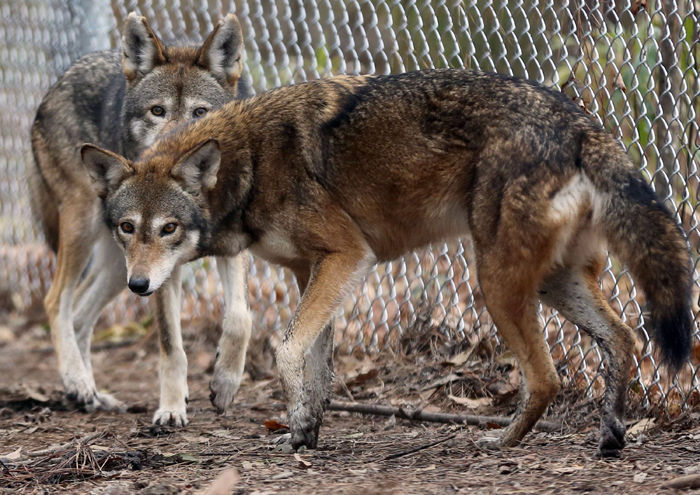 WSU released a statement on Wednesday disavowing comments made by a WSU researcher regarding the killings of wolves in a Northeast Washington pack due to conflicts with livestock, publicly accusing him of “inaccurate and inappropriate” statements.

Robert Wielgus, director of the Large Carnivore Conservation Lab, told The Seattle Times last week that a rancher in the area released his cattle on top of the Profanity Peak wolf pack’s den and refused to participate in a livestock killing prevention program. He argued the wolf attacks could have easily been avoided.

According to the university’s statement, the rancher actually released his cattle more than four miles from the den and has worked with the Washington Department of Fish and Wildlife (WDFW) and the U.S. Forest Service to avoid conflict between wolves and livestock.

“Some of Dr. Wielgus’ statements in regard to this controversial issue have been both inaccurate and inappropriate,” the WSU news release stated. “As such, they have contributed substantially to the growing anger and confusion about this significant wildlife management issue and have unfairly jeopardized the Washington Department of Fish & Wildlife’s Wolf Advisory Group’s many-months-long stakeholder process.”

Wielgus spoke with The Daily Evergreen earlier this week and then declined further comment on Tuesday, explaining that his comments had created a “firestorm.”

According to The Seattle Times, both WDFW members and ranchers have received death threats in the fallout of the wolf killings.

The WSU statement included an apology to the university’s friends, scientific partners and the public, and indicated it would implement new procedures to avoid future issues with inaccurate media statements.

According to the statement, “Washington State University subscribes to the highest standards of research integrity, and will not and cannot condone statements that have the effect of compromising that integrity.”

When contacted for comment, Wielgus said he had not been informed of the statement.

The Department of Fish and Wildlife had killed six of the 11 wolves in the Profanity Peak pack as of Friday, according to the Seattle Times, after tracking two radio-collared wolves in the pack. These two are now the last remaining adults, according to the article, and with them are several pups. The rest were shot from helicopters.

The Seattle Times reported that WDFW has confirmed that Profanity Peak wolves have killed or injured at least six cattle owned by Len McIrvin since mid-July, and probably five more. This authorizes the state’s lethal removal policy.

McIrvin is a co-owner of the Diamond M Ranch. His cattle graze on public land in the Colville National Forest, located south of the Canadian border in Ferry County.

This marks the third time wolves have been killed to save livestock in Northeastern Washington in the past few years, according to The Seattle Times. One of the others also involved McIrvin’s cattle and resulted in eradication of the Wedge pack in 2012.

The Washington Cattlemen’s Association released an official statement after the lethal removal protocol was issued. They called for social tolerance in the surrounding Eastern Washington communities. Additionally, the association said if problem wolves were eliminated, other wolves would survive.

“Some ranchers belong to organizations like the Washington Residents Against Wolves,” Wielgus said. “They don’t want wolves in Washington State.”

Conservation Northwest issued a statement regarding the lethal removal of the Profanity wolf pack on Aug. 4.

“We recognize that as wolf populations grow in Washington, under the state’s Wolf Management Plan (Wolf Plan) animals that habitually prey on livestock may need to be removed,” the statement read.

Conservation Northwest officials reiterated their position when they issued a joint statement on Aug. 23, with Wolf Haven International, the Humane Society of the United States and Defenders of Wildlife.

“We remain steadfast,” the statement read, “that our important goals remain the long-term recovery and public acceptance of wolves in our state alongside thriving rural communities.”

Other organizations have expressed outrage in response to the killings. The Center for Biological Diversity and Predator Defense are holding a rally outside the WDFW headquarters in Olympia at noon today.