‘It’s a testimony of what the guys have done here. This is about them’ 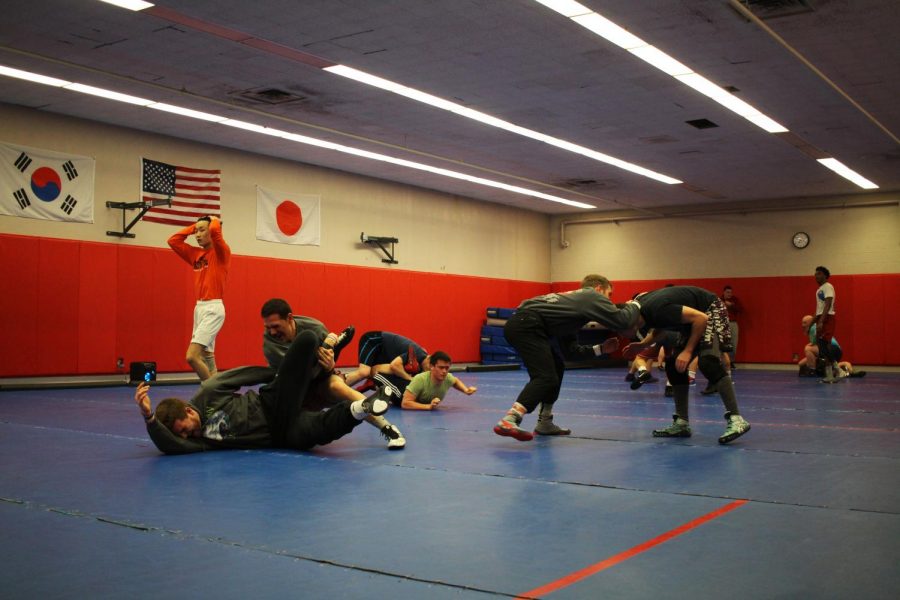 WSU club wrestlers qualified
Sunday for a national wrestling tournament and their coach won Coach of the
Year.

On Sunday, 18 WSU
wrestlers traveled to Aberdeen, Washington, to compete in the National
Collegiate Wrestling Association (NCWA) Northwest Conference Championship. All
wrestlers placed in the top six and 12 qualified for the national tournament.

The wrestling team
finished with 177.5 points, taking second place at the tournament. The team finished
11 points short of first place out of 10 teams, with Grays Harbor College
taking first with 188.5 points.

“We’re super proud of
what we did,” head coach Phil Burnett said.

Burnett was voted the Northwest
Conference Men’s Coach of the Year by conference coaches at the tournament. The
Northwest Conference is made up of 15 wrestling clubs from Washington, Idaho,
Oregon, and Montana.

“It’s a testimony of what
the guys have done here. This is about them,” Burnett said.

The 12 qualifiers will be
competing in the 2020 NCWA
National Championships March 11-14 in Allen, Texas at the Allen Event
Center. Brackets will consist of 64 people in each weight class.

“This is the best team we’ve taken to nationals since my involvement
here,” Burnett said.

The Cougars competing in the following weight classes: