Investigation will include looking at pressure surrounding decision to terminate former provost, role of consulting entity 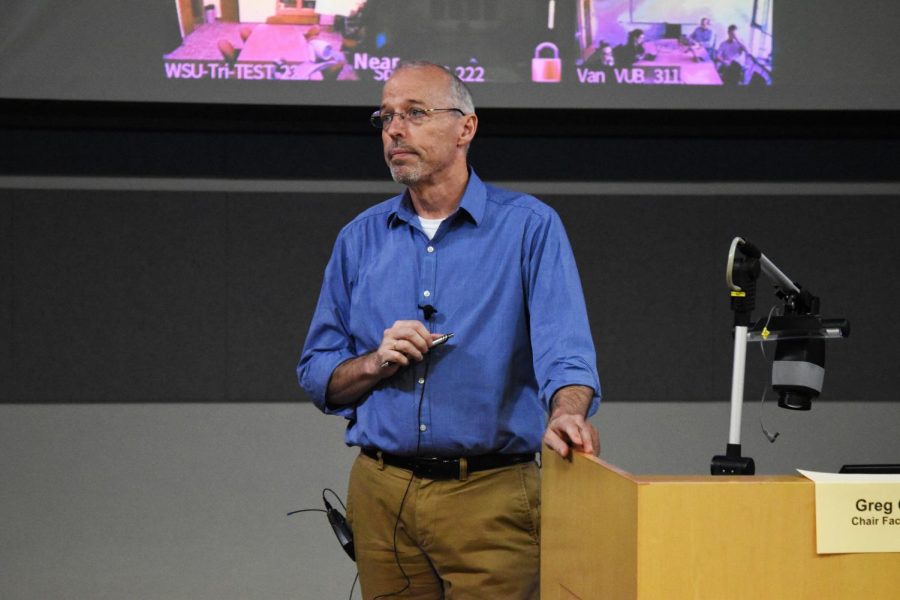 Editor’s Note: This article has been updated to clarify Greg Crouch’s comments about the possibility of campus closure because of COVID-19.

An external law firm began a public review of WSU’s former provost’s allegations of gender bias which led to her resignation.

The review will be conducted by the Seattle-based law firm Karr Tuttle Campbell. Senate Chair Greg Crouch said the firm will look into three areas of concern that may have led to Mitzi Montoya’s resignation. The three areas are gender bias against Montoya, pressure surrounding the decision to terminate her and the role that the consulting firm Ideas for Action, LLC played in the decision.

Animal Sciences Senator Mike Kahn questioned if the investigation would include a review of Montoya’s questions about “the one campus” and “branch campus” relationship that was described in her emails which were published in the Whitman County Watch.

“It seems to me … She was raising some substantiate questions about how the university was operating and that might be fundamental to why she was dismissed,” Kahn said.

“I think the answer to that question is yes,” Crouch said.  “We’ve been doing our best to represent honest concern to the president and provost on this issue.”

He said the state’s attorney general’s office recommended a list of firms to the senate. It chose Campbell’s firm off the list.

Crouch also updated the senate on WSU’s creation of a website containing information about the coronavirus. He said the discussion around the virus is changing rapidly and teaching classes online may be an option if campus must close.

Biological Systems Engineering Senator Matt Carroll said the website would be helpful if classes have to be taught remotely. He said he is not sure what it would take to trigger that decision.

The idea may be explored if the virus becomes a level three CDC warning: avoid nonessential travel — Widespread Community Transmission, but Crouch said they are following state and federal regulatory guidance.

One faculty member said she had concerns that moving to online teaching would be problematic for students without access to computers or high-speed internet.

Several faculty members also said they were concerned with the response rate of emails coming from WSU’s coronavirus website.