Baseball gets first sweep since April 2018, scores 47 runs in four games at Bailey-Brayton 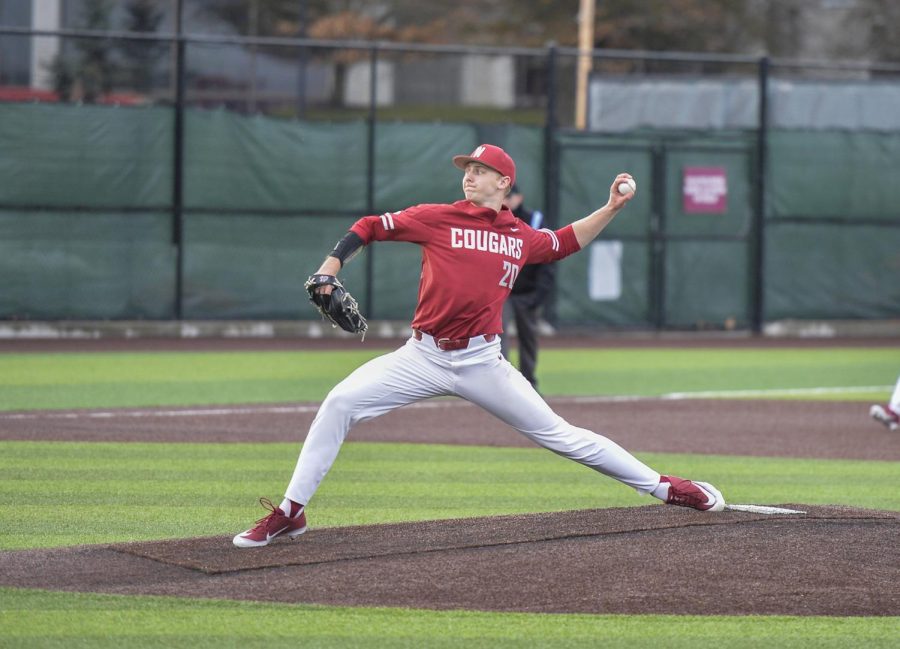 The WSU baseball team closed the sweep of the Niagara University Purple Eagles in its 15-2 win Sunday afternoon in Pullman.

Sophomore first baseman Kyle Manzardo led the way for the Cougars (9-6). He got on base five out of the six times he batted. He finished with two RBIs and five runs.

“I have been thinking about line drives up the middle,” Manzardo said. “That has really been working for me.” Head coach Brian Green said Manzardo continues have a great season and is really consistent.

Junior pitcher Bryce Mole started on the mound for the Cougars in their final game of the series. For Niagara (5-8), senior pitcher Yohn Zapata-Baez started and pitched 3.1 innings. He gave up four earned runs and struck out two Cougars.

Junior right fielder Collin Montez got the scoring underway in the bottom of the first with a three-run homer that scored Manzardo and junior third baseman Jack Smith.

The Purple Eagles got on the scoreboard in the top of the second inning on a double from sophomore right fielder Spencer Marcus scored senior third baseman Michael Gabriele home.

Junior pitcher Kyle Smyth replaced Zapata-Baez on the mound during the fourth inning. His first two pitches on the mound hit Cougar batters loading the bases with only one out. More RBI’s came from Montez as a single scored two more runs for WSU. A pop-fly from junior left fielder Justin Van De Brake scored another run for the Cougars.

WSU led 6-2 going into the fifth inning. Sophomore pitcher Connor Barison took over on the mound at the start of the fifth inning for the Cougars. Barison pitched a perfect two innings getting all six of the batters he faced out. He had three strikeouts as well.

A double from freshman center ,fielder Brady Hill added another run to the Cougars’ total as junior second baseman Garrett Gouldsmith scored. WSU added two more runs in the bottom of the sixth inning extending its lead to 10-2.

Junior pitcher Hayden Rosenkrantz took over the pitching duties from Barison in the seventh inning. Rosenkrantz pitched two scoreless innings. Redshirt freshman Payton Flynn stepped up to the plate as a pinch hitter and connected on a double that scored Van De Brake and Montez.The Cougars led 13-2 going into the top of the eighth.

Manzardo hit a two-run shot in the bottom of the eighth upping his run total to five for the game.

WSU finished the game with 15 runs and 12 hits. The Cougars had eight batters get walked and two were hit by pitches.

The Cougars stay at home as the face the Gonzaga Bulldogs at 3:05 p.m. Tuesday at Bailey-Brayton Field.