Round one begins today, here are guesses for round two through the championship game 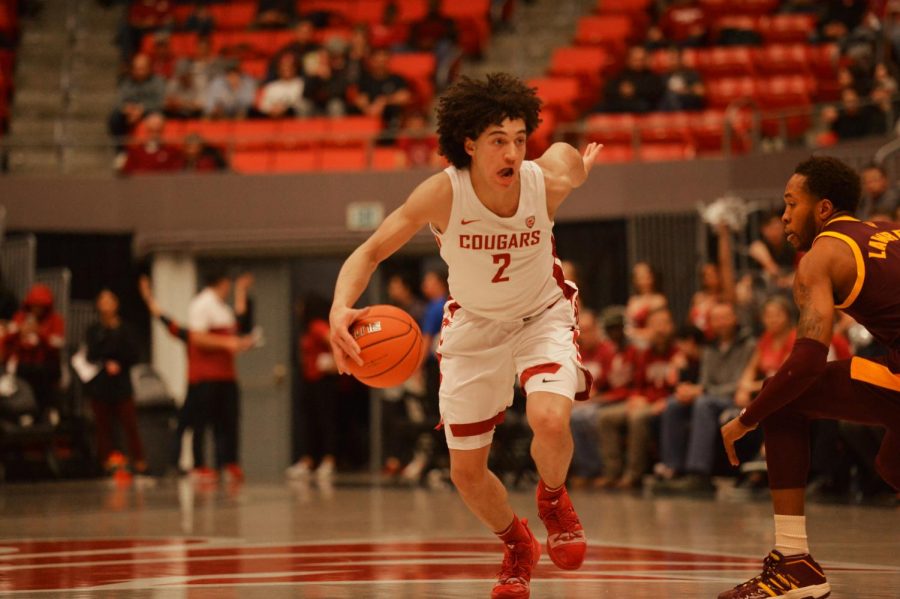 No. 8 Oregon State vs No. 1 Oregon at noon
Thursday

The Beavers and Ducks meet for the third time after a
season split. Oregon State was able to steal one victory from Oregon in the
regular season but may not be as lucky the third time around. If the Beavers
can stop Oregon’s senior guard Payton Pritchard, then they can snag the victory,
but that is a very tall task. Pritchard took Pac-12 Player of the Year honors
behind his conference-best 20.5 points per game and 5.5 assists per game. He
has scored 15 points in every game in conference play this year and is on a
four-game streak of scoring over 20 points. That stretch includes his 23-point
performance in the Ducks’ only win over the Beavers. Oregon State has enough
offensive firepower to keep up with Pritchard and the Ducks. They averaged 71.2
points per game this season, the fourth best scoring offense in the Pac-12.
Both senior forward Tres Tinkle and junior guard Ethan Thompson are top-tier
scorers in the conference are capable of putting up big numbers every game and
have had moderate success against Oregon. Thompson scored 15 points in both
matchups, leading the team each time, and Tinkle scored 27 points combined in
the two contests. Unfortunately for the Beavers, they just do not have enough
offense and star power to take down the best team and the best player in the
Pac-12.

These teams played in two very different games this season. Their first contest was a Wildcat win in an 85-80 shootout and the second matchup was a 57-48 Trojan win. Hopefully, this time around the game is closer to the first one than the second. Arizona will again match up with a team led mostly by a freshman. Freshman forward Onyeka Okongwu is the Trojan’s leading scorer, rebounder and blocker with marks of 16.2, 8.6 and 2.7 respectively. All of those marks put him in the top 10 in the conference. Okongwu will matchup with fellow freshman forward Zeke Nnaji, a player with very similar numbers. He is averaging 16.3 points per game, 8.6 rebounds per game and 0.9 blocks per game, leading the team in each category. Both players have had success in this matchup, scoring in double-digits in each game. In the two games combined, Nnaji dropped 33 points, and Okongwu scored 34 points. In the Trojans’ loss, Okongwu had a game-high 23 points but in their win managed only 11 points. Nnaji had 18 points in the win and led the team with 15 points in their loss. A lot of this game will be decided in the low post with Nnaji and Okongwu, both of whom were named first-team all-conference players, but each team has threats of the perimeter as well. Freshman guard Nico Mannion for the Wildcats and senior guard Jonah Matthews for the Trojans were both named to the all-conference second team and have the ability to swing this game in their teams’ favor. The difference in this matchup will be the experience. With Arizona relying more on freshman, they will not be able to overcome USC’s senior leaders.

This instate matchup will happen for only the second
time this season. The first time around, Stanford ate UCLA’s lunch in a 74-59
contest. That matchup came right before the Bruins went on a surprising run,
winning 11 of their next 14 games. The Cardinal has the advantage in star
power. Junior forward Oscar Da Silva and freshman guard Tyrell Terry were named
first-team and honorable mention all-conference players, respectively. They
also both average more points than UCLA’s leading scorer and first-team
all-conference player, junior guard Chris Smith. Him and Da Silva both
struggled when they played each other, scoring six points apiece. Terry was the
best player on the court in that game, scoring a game-high 24 points. UCLA may
have a difficult time scoring on Stanford in this game as well. Smith is their
only player averaging in double-digits and will most likely be defended by
Stanford’s all-conference defensive team member Bryce Wills. The rest of the
Bruins will have a tough time scoring against the Cardinal’s top-ranked defense
in the conference. That will lead to Stanford leaving victorious in a
low-scoring affair.

In a rematch of a game that took place on Saturday,
the Cougars and Sun Devils both look to leave with the series win. The Cougars
won the first matchup in a game that went down to the wire, while the Sun
Devils won a largely uncompetitive contest the second time around. This game
has the possibility of turning into a shootout behind the scoring of both
teams’ top player. ASU’s junior guard Remy Martin and WSU’s sophomore forward
CJ Elleby are both top-four in the conference in scoring and were named to the all-Pac-12
first team. Martin has the slight edge over Elleby, averaging 19.1 points per
game to Elleby’s 18. The Cougars have done a good job of limiting Martin’s
impact in their matchups. They have held him to 30 points combined in the two
contests, largely due to senior guard Jervae Robinson’s stellar defense on him,
one of the reasons he was named an all-defensive team honorable mention. Elleby
has had mixed success in the matchups. He scored a game-high 27 points in WSU’s
win over ASU but only scored six points in their loss. The deciding factor will
be both superstars’ supporting casts, a category where the Sun Devils have the
advantage. The Cougars have just one other player, junior guard Isaac Bonton,
scoring in double-digits but the Sun Devils have three. If Martin does have
another lackluster performance, junior guard Alonzo Verge Jr., senior guard Rob
Edwards or junior forward Romello White can pick up the slack and lead ASU to
victory.

The Ducks get a much tougher task in their second game
of the tournament in a USC team they played just once in the regular season.
The Ducks won that game 79-70 after outscoring the Trojans 17-8 in overtime.
That game was very star heavy and figures to be so once again. Each of the
teams’ top two players led their respective squads, although to varying
success. Pritchard had 24 points but finished second in scoring to teammate junior
guard Chris Duarte who dropped 30 points. Okongwu had an impressive game of his
own for the other side, recording a team-high 23 points and a game-high 14
rebounds. Matthews was the second leading scorer for the Trojans but only
managed 13 points. A positive for USC is that they fielded one of the better
defenses in the Pac-12 this season. They allowed an average of 66 points per
game, the fourth best mark in the conference. Oregon’s defense was not too far
behind; they finished sixth with 66.7 points allowed per game. The offenses are
where the teams differ. The Ducks had the second-best offense in the Pac-12,
averaging 75.9 points per game. The Trojans finished in the bottom half in
offense, averaging 70.3 points per game for the eighth-best conference mark.
Even if USC’s defense is able to contain Oregon’s offense, a tough task that is
very unlikely, their offense will not be able to produce enough to get them the
win.

This is a perfect example of a matchup of strengths. Stanford has been a great defensive team all year, leading the conference in points allowed per game, but has struggled offensively. ASU averaged the third most points in the conference but finished last in points allowed. The only time these two teams matched up in the regular season, the Sun Devils won in a tightly contested 74-69 game. The game should be different this time around. Da Silva did not play last time for the Cardinal, leaving Terry, a team-high 24 points, all alone. ASU did not seem phased by Stanford’s elite defense. Martin scored 24 points on an efficient nine of 14 shooting while Verge Jr. did what he always does by providing scoring off the bench with 19 points. Da Silva’s participation in this game will definitely impact the outcome, but he may not be enough to swing the game in the Cardinal’s favor. The Sun Devils’ top scorers do most of their damage from the outside with their guards, so Da Silva’s impact on defense might not be enough to slow them down. If Martin and Verge Jr. is able to score like that again on the Pac-12’s best defense, then they will win the contest.

The Ducks will attempt to secure the Pac-12 basketball
sweep just six days after their women’s squad took home conference championship
hardware. The Sun Devils hope they have the Ducks’ number once again; they gave
Oregon one of their five conference losses in a five-point game last month. The
Ducks did manage to beat ASU the first time around in a 78-69 contest. The
biggest story of this matchup will be arguably the two top players in the
conference going head-to-head. Pritchard and Martin will put their respective
teams on their backs as they look to earn an automatic bid to the NCAA
tournament. The two players had an impressive duel in the first matchup, both
scoring 29 points and leading their team with six assists. The second time
around, each team must have figured out a way to stop the opposing superstar
because neither player reached 20 points. Pritchard was the higher scorer of
the two with 18 points, but Martin got the last laugh with a win despite only
scoring 11 points. Both teams have great players surrounding their top guys.
Pritchard has Duarte and sophomore guard Will Richardson while Martin has Verge
Jr. and Edwards. Despite their supporting casts, the game will come down to
which one of Pritchard or Martin plays better. Martin has put together an
incredible season and has a chance to be the best player in the conference next
year if he stays for his senior season. Pritchard is the best player in the
conference right now though, and he will back that up as he leads his team to a
win, takes home the conference championship and proves Oregon is the premier
basketball school in the Pac-12.