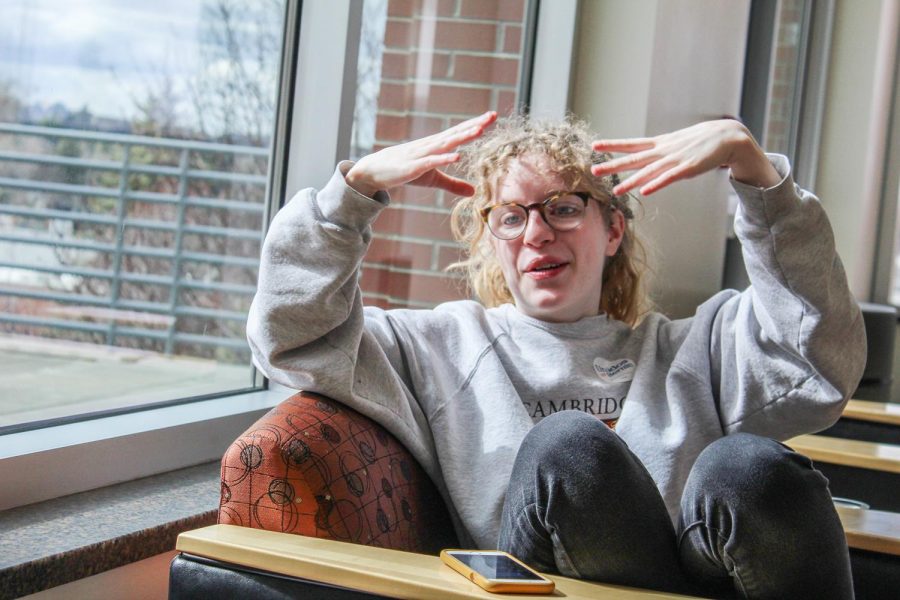 Aydan Garland-Miner, PERIOD president, said the group is working on having free dispensers for menstrual products in all bathrooms on campus.

Individuals will soon not have to pay additional taxes for menstrual products after a bill passed the House and Senate during the legislative session in early March.

Senate Bill 5147 removes the retail sales and use tax on menstrual products, according to the bill. Placing a tax on products like these add an additional tax burden on menstruating individuals especially low-income people.

A majority of the House voted in favor of SB 5147 on Tuesday, according to a press release from Sen. Lynda Wilson’s (R-Vancouver) website. The Senate, on the other hand, unanimously approved the bill on Saturday.

“This is great news for the women of Washington, who now will get to keep the more than 3 million dollars they’ve been paying in tax each year on medically necessary products,” Wilson said in the press release.

Wilson initiated the idea of the bill in 2016, according to the press release. Washington will be the 18th state to exempt tax on menstrual products.

“In the last year, we’ve gone from having 35 states [that] haven’t put the tampon tax to 30 states with a tampon tax, which is a pretty quick change,” said Aydan Garland-Miner, president of PERIOD at WSU.

PERIOD is a student-led group at WSU that aims to provide menstrual products for individuals in need as well as destigmatize ideas about menstruation, Garland-Miner said. PERIOD held a workshop recently, which was about having an open conversation about menstruation.

Garland-Miner said PERIOD is working toward having menstrual products in all bathrooms on campus. Free dispensers for these products currently exist only in certain buildings like the CUE and Spark.

Garland-Miner was involved with advocating for SB 6073, she said, which would have made public school districts responsible for providing menstrual products in bathrooms at no cost. The bill did not pass through the House.

If SB 5147 did not pass this year, she said PERIOD would have continued to advocate for it into the next legislative session.

Jinyang Zhang, co-lead organizer for the Washington Tampon Taskforce, said they would have met with House or Senate members to ask why they did not support the bill and to encourage them to support it during the next legislative session.

Ramya Arumilli, co-lead organizer for the Washington Tampon Taskforce, said she and Zhang have been advocating for this cause since December 2019. “These are not luxuries and they shouldn’t cost more,” Garland-Miner said. “It’s ridiculous.”