Cougar club wrestling on the rise 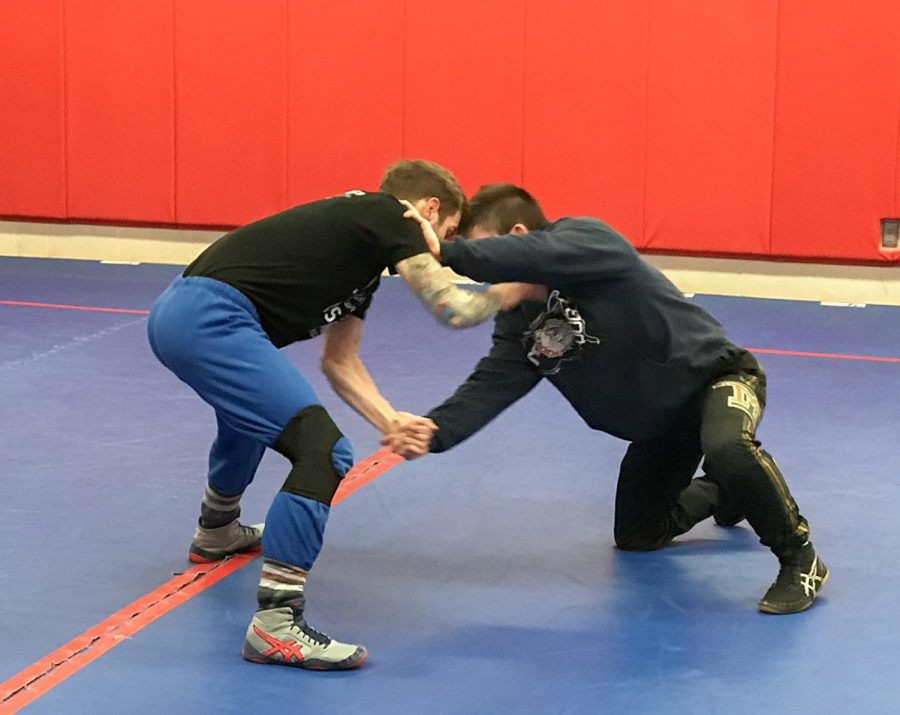 As the WSU wrestling club sends 12
wrestlers to compete in the 2020 National
Collegiate Wrestling Association (NCWA) National Championships, the coach and many
of the members reflect how far the program has come within the last decade.

After the
program was dropped in 1986, WSU alumnus Brett T. Johnson began reinstituting
the WSU wrestling club in spring of 2012, according to their website.

“My dad
wrestled here when he was a student,” senior Tucker Hanson said. “It’s great to
be able to be part of the same program he was involved with as a student.”

Head coach Phil
Burnett took over in 2016 after being an assistant coach. Burnett said he lives
on the west side of Washington but stays in Pullman during the wrestling
season. The season
starts in October for the club and ends the following March.

“I’m blessed
to be in the position to do what I do with these guys,” Burnett said.

When Burnett
took over, WSU was a Division-2 NCWA team. NCWA divisions are determined by the
size of the program. D2 schools are smaller programs than Division-1 programs.

The club
competed in its first full year in the 2013-2014 season. That season, they
became the 2014 NCWA Northwestern Conference Champions, according to the WSU
wrestling website.

The club also
had seven national qualifiers and two all-American wrestlers, Johnson being one
of them. Wrestlers need to place in the top 10 of 64-man brackets in the NCWA
National Championship in order to become an All-American wrestler.

After becoming
the D2 NCWA National Champions and having two more All-Americans the following
season, the club became a D1 NCWA program for the 2015-2016 season.

The program
placed second for the NCWA Northwestern D1 Conference for three consecutive years,
took third in the year following, and then second again in the last two years.
During that time, the team had qualifiers for the NWCA National Championships
every year.

The WSU
wrestling club falls under the NCWA, a wrestling conference for college
club-level teams. There are no NCAA wrestling teams in Washington state.

The club will compete in the 2020 NCWA National Championships Thursday through Saturday at the Allen Event Center in Allen, Texas.

Wrestling in
the NCWA does not mean there is not competition, according to the team.

Bennett
qualified for the national tournament at the Northwestern Conference tournament
in the 149-pound weight class.

Lewis placed
third at the same tournament in the 141-pound weight class to qualify for
nationals.

Many of
these wrestlers go on to wrestle in D1 and D2 schools, Koures said. He will be
competing in the 133-pound class.

Aside from
competing, the club has taken other measures to distinguish and improve the
program.

“We would like to build a women’s team,”
Burnett said. “We’re trying to start a scholarship program too.”

Lewis said
they are one family that shares a common goal. They are friends outside of the
wrestling room, he said.

“This has
been one of the best experiences I’ve had wrestling any year. I’ve wrestled 18
years,” Koures said.

Burnett said
the club this year started off with 35 wrestlers. Due to injuries and members graduating
last winter, the program currently has 20 members.

Incoming
students are starting to look at the program, Burnett said. They want to
continue their wrestling career here, and these are statewide high school
placers.

The
wrestling team practices Mondays, Wednesdays and Fridays from 7-9 p.m., and
Tuesdays and Thursdays from 9-10:30 p.m. in the Physical Education Building.

Burnett said
Tuesdays and Thursdays are late nights and that is the only time the wrestling
room is available on those days. He said the guys are still dedicated to the
program and will be in there breaking a sweat.

“Wrestling has taught me work ethic. You’re not going to get anywhere by just showing up, especially in this sport,” Bennett said.

That dedication will be tested this weekend as the Cougars compete in the 2020 NCWA National Championships Thursday through Saturday at the Allen Event Center in Allen, Texas.